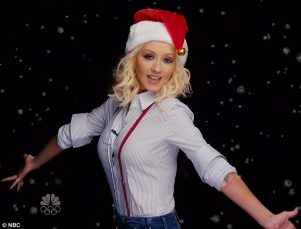 Believe it or not, one of the wonderful things about Christmas is that each year, for about three or four weeks, you get inundated with about 50 songs total, each with hundreds of different versions. And then you don’t hear them for another 11 months. So the response is almost Pavlovian: Hearing Christmas songs immediately invokes warm, fuzzy feelings, sugarplums, insert yuletide vision here.

At least most of the time. Sometimes you hear something on the radio that sounds like a Christmas classic, only it sucks. Practically every artist and celebrity has recorded a Christmas album, from Regis Philben to Lynyrd Skynyrd. And most have no business being in print.

Those are my 10 bad versions of Christmas songs. Let’s go. What versions really drive you crazy? Tell us in the comments.