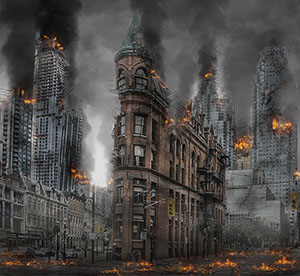 Sigh. The end of the world is coming tomorrow. Or at least, the Rapture is. Allegedly.

I had put it on my calendar, had meant to clean out the fish tank, buy some new pants, make a banner saying, “Take me! Take me!” But alas, I procrastinated.

So the least we can do is have fun for the next few hours. Throw a party. Do something crazy. Do one easy thing on your bucket list.

To help you get in the right mindset, I’ve assembled 12 songs about the Apocalypse. Play to your heart’s content, and if you’re still around when Sunday comes, well, you got Left Behind.

At least there won’t be a line at the supermarket.