Kanye vs. Cee-Lo: A Contrast in Taste and Style

I’ve made no secret of my disdain for Kanye West; his offstage antics are worth an entire blog – Maybe titled “What did Kanye do now?” 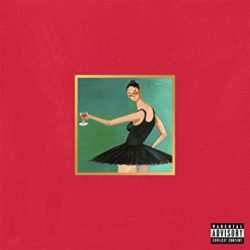 But when his latest album, My Beautiful Dark Twisted Fantasy, earned rave reviews from pretty much everyone, I felt as if he at least deserved a listen.  Prefix Magazine said it was “an album full of melodic ideas, copious guest features, winding songs, unexpected twists, and improbable pairings.” And Pitchfork, in its usual hyperbole, somehow compared Kanye to Michael Jackson in giving the album a perfect score, even while it quoted Kanye as saying, “I do have a goal in this lifetime to be the greatest artist of all time, [but] that’s very difficult being that I can’t dance or sing.”

Ok, I’ll go ahead and say the obvious.

So if you can’t sing, Kanye, how do you plan to be the greatest artist of all time, surpassing the Beatles, Elvis, Dylan and yes, even Jackson?

Lucky for Kanye, he is performing at a time in which you don’t have to sing and perform music to sell music. He does attempt singing on his latest album, but it’s a far cry from even Tito Jackson. His strength, of course, is rapping, and I guess he does that well – although his delivery at times is rambling and he tries to rhyme the word “ballin'” with “Alec Baldwin.” He name-drops throughout the record, and well, it ain’t hip-hop without the obligatory N word and “m—– f—–” tossed about with the consistency of “a” and “the”.

Aside from a few melodic samples, what I heard was typical of Kanye and most hip-hop artists: narcissistic poetry (questionable at times) set to some beats. Does that qualify as music? Many say yes; I say, hell no. 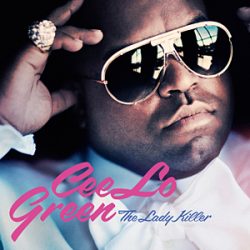 But such is the state of most pop and R&B music. Al Green, Aretha Franklin and Stevie Wonder have given way to Kanye, Nicki Minaj and Lil’ Wayne. Enter former rapper Cee-Lo Green, whose album “The Lady Killer” is a welcome relief – and such a contrast to Kanye’s effort. The entire album is laced with the old-school soul sound, with original melodies, real horns, and Cee-Lo’s smooth falsetto taking charge. He sends us a touch of New Wave with “Bright Lights, Bigger City,” a synth-powered groove, but he croons beautifully on several ballads, the most notable being the aptly-named “Old Fashioned,” which sounds straight out of the late 1950s. The closing cut, “Lady Killer Theme (Outro),” is a maddeningly fast cross between a James Bond theme and George Harrison’s “The Art of Dying” –

Jesus, Cee-Lo even swears beautifully; his signature song, “F— You,” flows with such ease that the cursing is almost an afterthought, although what else would you want to say to a girlfriend who’s been sleeping around? Somehow the phrase, now almost part of the everyday vernacular, becomes the two most fitting words for his feelings. With Kanye, they just sound filthy.

Cee-Lo used to be a part of the early 90s hip-hop group Goodie Mob; and while he promises a return to his roots in the future, he obviously has seen a need to spread his musical wings and sing.

Kanye should take notes: That’s how you become the greatest artist of all time.