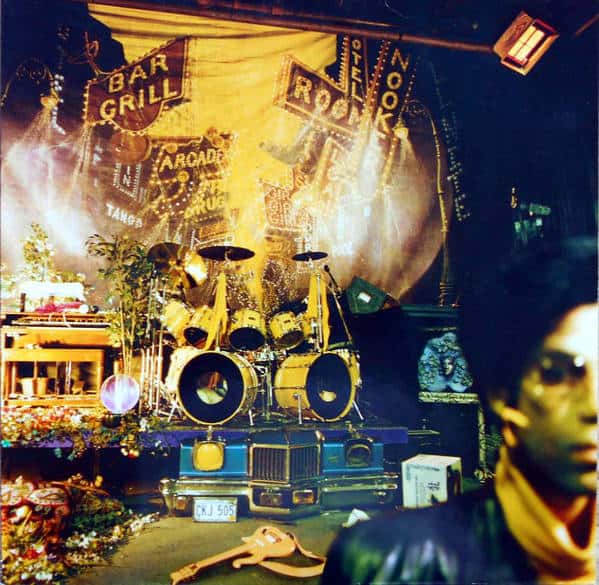 Prince played a major part in shaping me and my generation. For a few short years, he could do no wrong. He was the anti-Michael Jackson, our version of Jimi Hendrix laced with some very naughty lyrics (sorry, Mom, but I listened). We were enamored with the apocalyptic, I-don’t-give-a-damn groove of “1999,” the solemn, bassless “When Doves Cry,” and the ultimate closer, “Purple Rain.”

Then he got a little weird. Around the World In A Day was psychedelic and full of contradictions between sexuality and spirituality – sometimes in the same song. Parade was even more disjointed, a soundtrack that really wasn’t a soundtrack to a terrible movie, “Under the Cherry Moon,” that featured one of his greatest songs, “Kiss.”

That was 1986. And in the 365 days between the releases of Parade and Sign O’ The Times, Prince compiled six discs of material that would eventually be whittled down to the double album that is the subject of this post.

First was Dream Factory, a double album of material with his band the Revolution that got shelved when he fired most of the band. (Eight songs from this album made it onto SOTT.) He then went back to the basics – just himself as a one-man band – and created a short album of songs titled Camille. Camille was Prince’s alter ego – an androgynous, sped-up voice that was brash, cocky and foul-mouthed. He shelved that as well, fearing that it wouldn’t be accepted by the record-buying public. (Three of these tracks made the final cut.)

He wasn’t done yet. He then assembled a triple album of material called Crystal Ball. Warner Brothers balked at releasing it and urged Prince to cut it down to a double album. And Sign O’ the Times was born.

The album sounds almost like a compilation – disjointed at times, with a wide range of genres represented. When it was released, I found it a little inaccessible. I was still looking for Purple Rain II, and although the stark, moody title track was surprisingly catchy, it took a dedicated listener to get through all 16 tracks. As soon as U2’s The Joshua Tree came out, I forgot all about Prince’s album. Going back over the track listing, I can recall only the singles and B-sides. Still, the album ranks among one of Prince’s best (acclaimedmusic.com ranks it as the 26th greatest album of all time) and it deserves a second listen after 26 years.

It’s amazing how the opening cut can set a mood. Dream Factory and Crystal Ball, (available through, ahem, bootlegs) feel trippy and adventurous, partly because the moody song, “Sign O’ the Times,” is buried in the second half of those discs. But it’s the title track and opening number on SOTT, and it immediately sets a dark tone. To call the song sparse is an understatement: a spooky, hollow drum cadence is the main accompaniment to Prince’s three-note verses in which he comments on AIDS, crack, the space shuttle disaster and gun violence. A blues riff on a guitar accents the morose feeling throughout the song.

That’s okay! The next track he tells people to “Play in the Sunshine.” But the upbeat, roof-raising track is reminiscent of 1999‘s message: We’re all gonna die, so let’s have some fun. If the song is meant to lighten things up, it does the opposite.

No worries. Camille interrupts the party with a “Shut up, already! Damn!” And “Housequake” begins.

I had forgotten what a fun, energetic song this is. It was never released as a single, but it should have been. It’s pure funk, a true house party in which Prince the performer lays it all out for his fans. It’s a sign of him we haven’t seen since 1999. And he’s soooo good at it.

There’s something for everyone on this album; in fact, if you find one song you like, there’s usually a similar song somewhere else on the record. “Housequake”‘s twin is the naughty “Hot Thing,” which has a darker vibe but continues to show the funk of his earlier years.

The quirky, lazy “Ballad of Dorothy Parker” is matched by the Camille outtake “If I Was Your Girlfriend.” Like R&B standards? Try “Slow Love,” a true slow jam complete with horns and Prince’s spot-on falsetto. I prefer it to the overly sappy, overrated closing number, “Adore,” which sounds manufactured and goes on about four minutes too long.

Two of the highest-charting singles are also similar. “U Got the Look” and “I Could Never Take the Place of Your Man” are straightforward pop/rock songs. Those who were alienated by Prince’s appeal to the masses during the mid 1980s — “Let’s Go Crazy,” “Raspberry Beret” — probably rolled their eyes at these songs, but they resurrected the album from the bottom of the charts. They’re simple and memorable: Who can forget Prince’s kitschy “Ladies and gentlemen, the dream we all dream of: Boy versus girl in the World Series of Love!”?

The two surprising cuts on the album are perhaps the two most overlooked. “Forever in My Life” is the purest love song on the album, but unlike “Adore,” Prince doesn’t use any old tricks to set the mood. There are no horns, no screeching lyrics and backup singers. It’s just a heavy drum beat — almost mimicking a heartbeat, with Prince singing with himself. There is no mention of sex — just a need for someone to be in his life. It’s a vulnerable side of him that is refreshing to see.

The other song, “The Cross,” sounds almost like a U2 anthem — starting slow and quiet with just an acoustic guitar and building to a grinding climax with electric guitars and pounding drums. Sure, the lyrics are a little heavy-handed, but it’s yet another side of Prince that we know and tolerate. In fact, it’s almost refreshing to hear the old Prince preaching the Gospel three songs after mentioning orgasms in “If I Was Your Girlfriend.” We expect that dichotomy.

It’s clear how Sign O’ the Times was such a transitional record. In it, we hear the last vestiges of the Revolution, Prince’s return to a solo, do-it-all-yourself career, and some experimentation in hip-hop, jazz and old-school R&B. There’s a reason so many people refer to later Prince albums as “the best since Sign O’ the Times.” It was his creative peak, and it reminds us of what he was — and on occasion, still could be.