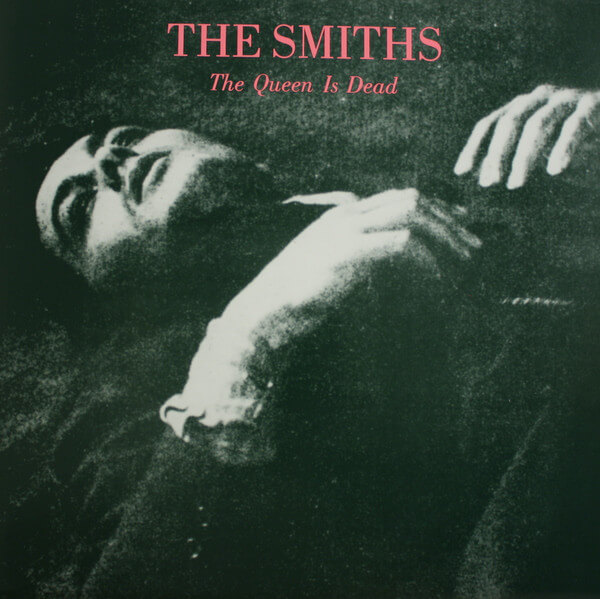 There are those who think the Smiths saved rock ‘n’ roll, those who put them up on pedestals as one of the greatest bands of the 1980s and those who worship at the altar of Morrissey and Johnny Marr.

I am not one of those people.

Like the Rolling Stones and Led Zeppelin, the Smiths’ appeal does not resonate with me. I’ve listened to all their albums and singles, and while I appreciate what they did with music — shunned synthesizers and helped give birth to alternative rock with a basic guitar-and-drum sound — I don’t like their music, especially their creative apex, The Queen Is Dead.

But the pretentious Pitchfork listed it as the sixth-best album of the 1980s, and In 2013, NME named it the greatest album of all time. Surely I must be missing something.

So I went back to my music archives and gave The Queen is Dead a second listen, to find something that would make me appreciate it and recognize it for being one of the greatest albums of the 1980s.

The Queen is Dead: A Second Listen

The first song is the title track, and it comes roaring in with energy and confidence, led by Morrissey’s formal baritone voice. But after a while — the song is well over six minutes — you start hearing what is the main problem with The Queen is Dead: the lack of melody. While Marr plays a good guitar, his songs are tuneless and go nowhere, and not even Morrissey can do anything about that.

The Smiths change pace for the second track, “Frankly, Mr. Shankly,” a bouncy throwback romp that brings out Morrissey’s angst-filled lyrics. He moans, “Frankly, Mr. Shankly, I’m a sickening wreck / I’ve got the 21st century breathing down my neck” before he huffs, “You are a flatulent pain in the ass.” It ends before it has a chance to get old.

It goes further downhill. “I Know It’s Over” is supposed to be a tragic ballad, and Morrissey delivers with his most morose lyrics yet — “Oh Mother, I can feel the soil falling over my head / See, the sea wants to take me / The knife wants to slit me.” But he sings it so off-key that it’s difficult to listen to.

Morrissey’s voice has always been like a race car — full of power and expression, but almost impossible to control. He got better as he got older, but here, when he’s still in his 20s, he lets it get away from him.

You find quickly that there’s a formula for the Smiths’ music: jangly guitars, sometimes layered with an acoustic guitar, and Morrissey’s vibrant voice singing sorrowful lyrics. And that’s about it. Lather, rinse, repeat. When it’s done well, it’s fantastic; “Cemetry Gates” has all those features and a hummable melody, as does “There Is a Light That Never Goes Out.” They are Marr’s best moments as a musician.

But the rest of the album is forgettable. As in, I’ve listened to it nonstop for the past three days, and I can’t remember how some of the tunes go, except for the incessantly hideous chorus of “Bigmouth Strikes Again,” which features Morrissey’s helium-laden voice providing the off-key harmonies. It’s a gimmick, and one that grows old quickly.

“The Boy with the Thorn in His Side” begins with a nice acoustic guitar lick, and Morrissey tells us that “behind the hatred there lies a murderous desire for love.” But it again grows old as Morrissey goes pitchy on us. The song has no bridge and barely a chorus. It doesn’t have to have those, of course, but it helps provide variety for the song, which has none. “Vicar in a Tutu” is a one-trick pony — a chugging trainlike rhythm that sounds like it lasts longer than the 2 minutes we have to endure.

What’s weird is that once the Smiths broke up and Morrissey found other songwriters to put his lyrics to, I liked him. He either took voice lessons or his producers toned down his voice, and he sings songs with such passion — songs such as “Our Frank” and “The More You Ignore Me, The Closer I Get.” Sure, he’s a wanker, but his music is good.

Sorry, NME: A second, third and 20th listen didn’t get me to like The Queen is Dead.