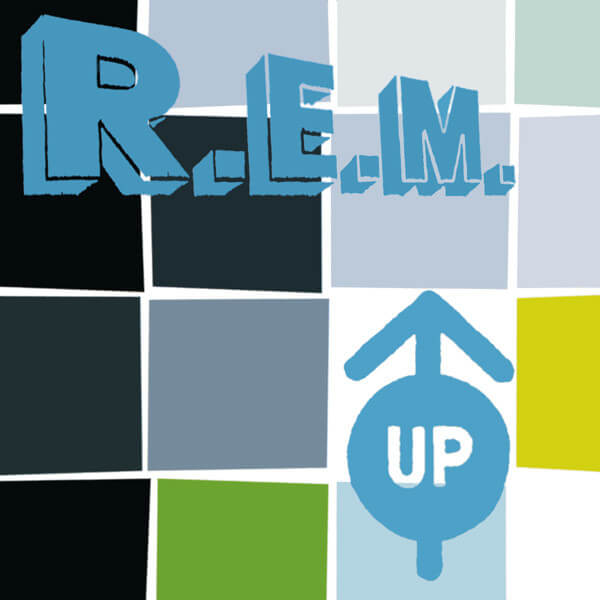 I remember hearing “Airportman,” the first track from the 1998 R.E.M. album Up, and thinking, That’s it, they’ve lost it.

Drummer Bill Berry had just quit the band, and they had steadfastly refused to replace him, opting to remain a trio and adding a session drummer when and if needed. From the sounds of “Airportman,” a Brian-Eno type atmospheric opener, they seemed to be declaring their independence from percussion.

I sped through the rest of the tracks, with only “At My Most Beautiful” catching my attention. An R.E.M. album disappointed me for the third time in a row, and that would end my fascination with the group for the next 10 years.

But given my recent reconciliation with 1996’s “New Adventures in Hi-Fi”, I decided to give R.E.M’s Up another try (Sorry, Monster – you’ll always be awful). Maybe I missed something.

The first two tracks still did nothing for me. But then “Suspicion” emerged, a strange, ethereal song that also borrowed heavily from Eno. The chorus was heavenly, with chromatic chord progressions that set it apart from most R.E.M. songs. The result was a soothing, comforting song that, while still unlike anything they had ever done before, made me realize there was more to this album.

There are a few other jewels. “Sad Professor” begins with a soft acoustic guitar, with Stipe’s voice brushing the lower register. But Buck adds an electric guitar during the chorus, and Stipe’s voice soars with perfect clarity. It doesn’t need any percussion. “Why Not Smile” is quirky but loveable — a harpsichord sound plays arpeggios similar to “Nightswimming”; then an organ joins the accompaniment, followed by a piano, as Stipe tells the subject of the song, “You’ve been sad for a while; why…not…smile?” It’s a beautiful lament, destined to make you grin.

“Hope” is an experiment that’s typical of Up, with a fast drum loop and Kraftwerk-esque keyboard sounds. Lead singer Michael Stipe sings a simple melody, but Mills’ beautiful countermelodies begin to emerge. The song sneaks up on you; by the end, the instrumentation has built up so much that a wonderful cacophony explodes in your head. “Hope” resembles Leonard Cohen’s song “Suzanne” so much that he gets co-songwriting credit.

Up was R.E.M. experimenting. According to Tony Fletcher’s Perfect Circle: The Story of R.E.M., guitarist Peter Buck and bassist Mike Mills began fiddling with drum machines and synthesizers even before Berry announced his departure.

Without Berry, R.E.M. was lost in the wilderness for a time. They brought in session musicians to replace Berry’s percussion when needed, and given the electronic sounds, it wasn’t needed often. The group admitted that the album almost broke the band apart. Up also saw the departure of longtime producer Scott Litt. Instead, relative unknown engineer Pat McCarthy took over the controls, assisted by engineer Nigel Godrich, Radiohead’s producer.

The album is a huge departure from the jangle-pop sensibilities that the band kept when Berry was with the band; however, without Berry, the ship seems rudderless. They tend to lose their focus toward the end of the record, and I still haven’t warmed to the single “Daysleeper.” But I’ve grown to appreciate more songs on it than just “At My Most Beautiful” (which is my all-time favorite R.E.M. song). It certainly doesn’t approach the top of the list of my favorite R.E.M. albums, but it isn’t near the bottom, either. Given my first impression, though, it had nowhere to go but, well, up.