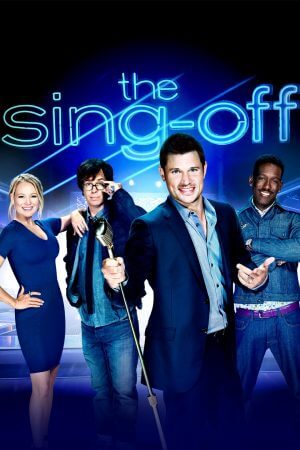 I have discovered “The Sing-Off.” And I am happy.

NBC’s reality/variety/take-off on “American Idol” pits vocal a cappella groups against each other, with something like a recording contract or a million dollars at stake. But the fun is in the competition, isn’t it?

What’s fun is hearing people sing. Without Auto-Tune. Without drum machines. And without any instruments at all. They’re relying on their own inventiveness and arrangements, blending their voices into one beautiful sound and creating something that will give you goosebumps.

Who knew there was such a variety of a cappella music? In addition to the old doo-wop vocal styles, we’ve heard beatboxes, take-offs on 80s hair bands, the B-52s and even Dexys Midnight Runners. The judges include the wonderful Ben Folds, who himself has produced an a cappella album, and Shawn Stockman from Boyz II Men, who is impressive and constructive in his critiques. (Nicole Scherzinger plays the part of Paula Abdul, agreeing with everyone and saying how everything warms her heart and gives her musical orgasms.)

And every once in a while, you’ll hear a bad note, which reminds you not so much that the group is bad, but how difficult it is to sing along with other people who are singing different notes and different parts. And it makes the perfect parts that much better.

In an entertainment world dominated by rap, overproduction and hype over talent, it’s so refreshing to see – and hear – a show focused on music and the sheer, raw talent needed to create that music. Imagine that.