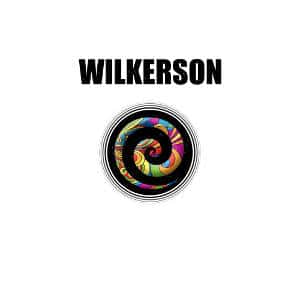 The story of Danny Wilkerson is one of patience and perseverance. Having seen the Beatles on the Ed Sullivan Show at the age of 4, he knew at that age that he wanted to be a musician.

And so began the tough, trying life in the music business for Wilkerson, who spent years playing in local bands, managing and producing, even writing the alma mater for his daughter’s high school.

Finally, this year, he accomplished his goal: to write and record an album of his own. And patience has paid off in full, for Wilkerson is a treasure trove of hooks and wonderfully orchestrated melodies, with nods to many of his influences.

The opening measures of the album make you think you’re listening to an early Chicago album, with horns setting a relaxed tone. But then the pace quickens, and you’re suddenly hearing a joyful pop tune as Wilkerson proclaims, “Everybody loves to love.” It then takes on a “Band on the Run/Back Seat of My Car” structure, with mini-suites and tempo changes. By the end of the song, you’ve heard a mini concerto.

Lennon and McCartney’s fingerprints are all over the album. “Endless Haze” features a string quartet similar to “Eleanor Rigby.” The drum beat on “How She Lost My Heart” recalls “Ticket to Ride.” “When Your Number’s Up,” written with power pop songwriter Bleu when Wilkerson found out he had prostate cancer, is somber at first, then abruptly changes into a jaunty phrase reminiscent of McCartney’s contribution to “A Day in the Life” before settling back into its former pace.

But for the most part, Wilkerson is a celebration of life, consistently upbeat and joyous. “For the first time in my life I’m in love,” he proclaims in “Enough for Somebody,” a danceable tune that features horns and a chorus of backup singers. “My glass isn’t half full  It’s overflowing,” he sings in “Too Much of a Good Thing.”

Wilkerson is almost too much of a good thing – it’s full of memorable hooks, soaring harmonies and varied instrumentation. Even the slower songs such as “Carry the One” sound happy.

The album ends with a piano ballad, “Comes in Waves,” is tender and has a bridge that comes out of nowhere, with strings lending a refreshing change. It’s a perfect epilogue to a perfect album. And For Danny Wilkerson, patience has paid off.