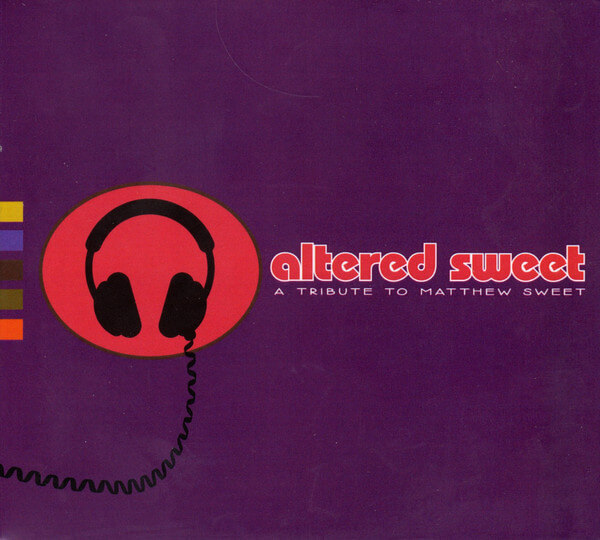 I’ve been a Matthew Sweet fan ever since his 1991 breakthrough album Girlfriend. I loved that album and played it constantly. Unfortunately, I always wanted Girlfriend 2 when it came to Sweet’s subsequent albums. He led the power pop movement of the 1990s, but sometimes his power pop was a little too powerful for me.

That’s why Keith Klingensmith’s Altered Sweet: A Tribute to Matthew Sweet is so refreshing. The artists selected for the tribute to Sweet’s music have stayed true to Sweet’s original vision for his songs, but they’ve toned it down somewhat, making it more accessible.

You wouldn’t know this from the first two songs. Lisa Mychols injects some energy into the mid-tempo song “Looking at the Sun,” and Andy Reed stays true to the guitar-heavy sound of “Where You Get Love.”

simple friend, though, turns the notch down quite a bit with “Sick of Myself,” a sparse arrangement with beautiful harmonies – something that I always thought was missing from most Sweet songs. Stabby Robot’s version of “We’re the Same” turns it back a notch, and the result is a nice pop song without so much power. Coke Rogue turns “Get Older” into a Zombies song, with another good set of harmonies.

Sadly, I’ve been out of touch with some of Sweet’s catalogue, and there were some songs I had never heard. Donny Brown’s “Hide” had me checking out Sweet’s original version, and I must say that I preferred Brown’s version.

Others choose to not “make it their own” (to borrow a line from hundreds of “American Idol” contestants) and stay true to the original. Klingensmith’s “You Don’t Love Me” adds a touch of keyboards to the mix, but for the most part it’s the same beautiful song Sweet did – maybe even a bit sadder. And Michael Carpenter, who had the impossible task of covering Sweet’s best song, “Girlfriend,” adds a touch of rawness but still has the energy and simplicity of the original.

Hearing Altered Sweet made me appreciate Matthew Sweet’s music again. And that’s what tribute albums are supposed to do. Soon I’m going to dust off my old cassettes of Sweet’s releases, but for the time being, I’m happy listening to this compilation.