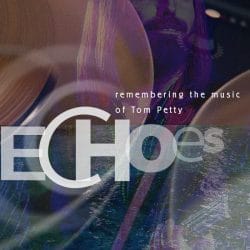 The death of Tom Petty in 2017 shook the American rock scene. He was only 66 and despite his plethora of albums as a solo artist, as leader of the Heartbreakers, and as part of other groups, he left a great deal of music in his head.

Petty was one of the last voices of the southern California music scene, which included Gram Parsons, the Byrds and the Eagles, but at one time he was pigeonholed into the burgeoning punk music rock sound. You can hear some of that influence in his signature hit “American Girl,” which is really more power pop than punk, but there’s a fine line there anyway.

His musical career helped pave the way for the emerging Americana sound of the 1990s as well, with artists such as Ryan Adams, Lucinda Williams and Lyle Lovett not so much following in Petty’s footsteps as they were walking with him, for Petty’s career touched five decades. His tales of rebels, misfits and dreamers longing for the good life fit right in.

He’s touched a new generation of rockers, and on ECHOES: Remembering the Music of Tom Petty, they pay a moving tribute to his legacy with 23 songs that go deep into his catalog of 16 studio albums. Compiled by Bay City, Mich.-based musician and producer Andy Reed, the album is strong and varied, with arrangements of songs that touch 10 different albums and soundtracks. It not only showcases Petty’s immense songwriting ability but also gives us a peek at the talent of some up-and-coming artists.

There are two ways to cover a song: Stay true to the original, or, to capture a phrase made infamous by “American Idol,” “make it your own.” The artists have done a little of both on ECHOES. For instance, Donny Brown sounds authentic on “Change of Heart,” keeping the same key and tempo, as does Sarah Schingeck with “Learning to Fly.”

The Lucky Nows show us that the beauty of “Walls” becomes even more apparent by slowing it down and bringing the piano to the forefront. JD Dominowski turns the rebellious rocker “Refugee” on its heels at first, making it a somber piano-driven ballad before bringing us back to the original halfway into the song.

Many of Petty’s songs were about the American Dream and the false hope that sometimes accompanies the pursuit. On “Square One,” Michael Robertson sings, “It took a world of trouble, took a world of tears / It took a long time to get back here.” Amy Petty (no relation) sings soulfully and truthfully to a backbeat of percussion as she sings, “I felt so good, like anything was possible” on the hit single “Runnin’ Down a Dream.”

That pursuit is hopeless in some cases, which is where Petty’s sarcastic, sometimes even sinister lyrics ring true. Reed steps from behind the controls on “It’s Good to be King,” making the song more dreamlike with ethereal layers of background vocals in the chorus as he sings, “Yeah I’ll be king when dogs get wings / Can I help it if I still dream time to time?”

Tom Petty lived his own version of the American Dream, becoming a rock star while fighting through quarrels with his label and bandmates, a divorce and a devastating house fire, and hip problems that ultimately led to his death from an accidental overdose of prescription drugs. But he never gave up on that dream and died a rock icon.

He reminds us of those troubles in “I Won’t Back Down.” Stephen Colarelli transforms the song, first into a gospel tune by adding a keyboard, choir and handclaps before settling it into a mid-tempo rocker. It’s the perfect ending to a Tom Petty tribute as he sings, “Well, I know what’s right / I got just one life / In a world that keeps on pushin’ me around / But I’ll stand my ground.”