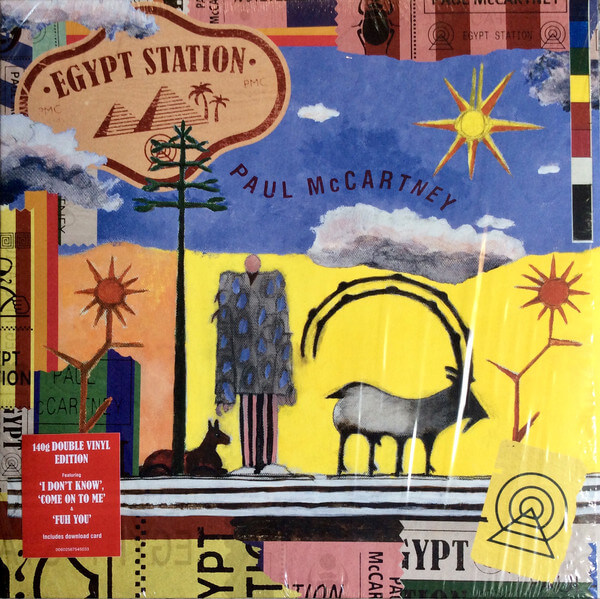 In the months leading up to the release of Egypt Station, Sir Paul McCartney’s 18th solo album, critics whispered that McCartney was losing his mojo. His voice was becoming raspy, unable to hit the high notes in concert; he was all hype and no substance; he should retire, etc.

McCartney has struck back hard, delivering an album that is solid, if not spectacular. Gone are the cute unforgettable melodies we heard during the 1970s, when he could write a song while waiting for wife Linda to get groceries from the market.

Songwriting, it seems, has become more difficult in his later years. As a result, like a person who has lost one of his senses, he has had to work harder to craft a song, paying more attention to lyrics and instrumentation. He doesn’t try to do too much with a song. He just lays it out there honestly, with an occasional raspy voice and a tendency to sing in the lower register.

The result, Egypt Station, is a much more cohesive album with a lot of good — not great — tracks. It’s the result of consistency over hit singles. I don’t quite get the concept of changing stations with every song — “Opening Station” and “Station II” are little segues that give the illusion of being in a train station.

But the real opening track, one of three singles McCartney released, is a somber reflection on what the future holds. “I  got crows at my window, dogs at my door / I don’t think I can take any more,” McCartney sings in “I Don’t Know.” Mortality is something he’s written about before in Chaos and Creation in the Backyard‘s “Promise to You Girl,” when he was “looking through the backyard” of his life.

He quickly changes speed. “Come on to Me” is a rocker, and while it doesn’t display any of McCartney’s songwriting tricks, its lyrics suggest a certain playfulness and flirtation. Gone are the vignettes, the McCartney-as-observer songs; most are written in first person.

Some Cuteness — and Medleys

As usual, he’s at his worst when he tries to get too cute, as in the wink-wink naughtiness of “Fuh You,” the title of which ruins an otherwise delightful song. It’s clear he wrote the play on words just for the publicity, swearing that the “fuh you is “for you.” Riiiight.

The last two songs are a return to the medleys and stitched-together compositions of the 70s that sometimes worked (“Uncle Albert”/”Admiral Halsey,” “Back Seat of My Car”) and sometimes didn’t (“Hold Me Tight”/”Lazy Dynamite”/”Hands Of Love”/”Power Cut”). For the most part, the medleys on Egypt Station wrap the album up nicely but are forgettable. It’s as if he had too many ideas again and tried to link them together.

He also tries to get political with “People Want Peace,” but it falls flat much in the same way that “Pipes of Peace” and “Freedom” did on previous albums. Even McCartney admits it, feeling “some trepidation” in getting people to listen to what he has to say. It gets too preachy and quickly becomes forgettable.

Egypt Station shines when McCartney gets out his acoustic guitar that he’s at his best. “Happy with You” is a ballad of contentment in the vein of New‘s “Early Days,” while “Confidante” tells of a lost love. On “Dominoes,” McCartney returns to the chromatic descension that marked “You Won’t See Me,” but it’s done on an acoustic guitar. It’s a return to the theme of mortality, as he sings, “In time we’ll know, It’s all a show, It’s been a blast / As time goes by we’ll laugh and cry / It’s in the past.” It’s sublime.

Despite the lines of remembrance and mortality, McCartney shows no signs of slowing down, vowing to keep writing, recording and performing until his body gives out. With Egypt Station, there are signs of wear, but there’s also proof that plenty is left in the tank.