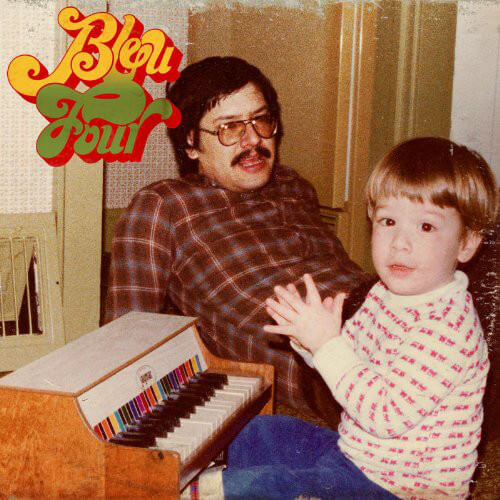 Bleu is an indie music capitalist. To fund his latest album, he solicited investments from his fans to fund the recording; in turn, they received the fruits of his labor.

The result, Four, is a delicious overdose of power-pop goodness: every song awash in memorable hooks. Bleu has a formula for pop music, and he uses it to perfection.

The first cut, “Speaking in Tongues,” is a good upbeat opener, but it only serves as an opening act to “B.O.S.T.O.N.,” a heartfelt love song to Bleu’s hometown. He must have penned it hoping that it would be used in a Boston Tourism spot; It’s energetic and infectious, so much so that my 8-year-old sings it nonstop despite only having heard me sing it around the house.

Bleu shows his softer side on “In Love with my Lover,” a bluesy (pardon the pun) acoustic ballad that lets loose with a full brass accompaniment halfway through. I first heard this song live, and while the recorded version doesn’t compare with hearing Bleu perform it in person, it is still touching and emotional.

I have mentioned before how Bleu’s album Redhead sounded like a lost Jellyfish album. On the penultimate track, “Everything is Fine,” Bleu teams with ex-Jellyfish member Roger Joseph Manning Jr. for a charming, rolling number that recalls the Beatles during their Rubber Soul period. “Just when you think it was a waste of time, you’ve come to find that everything was fine,” Bleu intones over an acoustic guitar, xylophone, strings and harpsichord.

It’s a nice affirmation — one that Bleu himself may have uttered when working this album. Four is far from a waste of time; in fact, it’s his most consistent effort to date, and an investment well worth the initial cost.