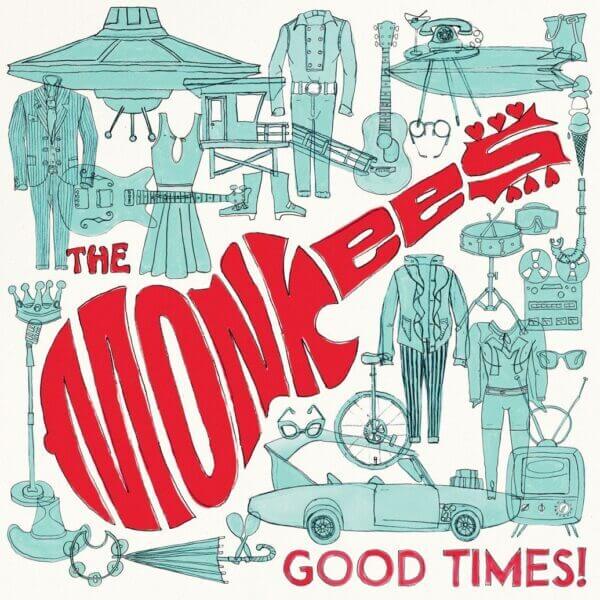 It’s been 50 years since the Monkees arrived as a tongue-in-cheek copy of the Beatles, with their own television show and “A Hard Days Night” pastiche making them an overnight success.

But despite the group getting most of their songs from other songwriters, people discovered that this was more than just a novelty group, and hit after hit followed. They even wrote some of their own music as well, proving that they were legitimate musicians. They were more than a one-hit wonder.

Now, to commemorate their 50th year in existence, the surviving members of the group have released Good Times, a new album that recalls their hits of the late 60s while carrying a distinct modern air about it. And it reestablishes the group as a pop powerhouse — the album debuted at No. 1 on the Amazon Album chart.

The opening track and title cut features Micky Dolenz singing a duet with the late Harry Nilsson a la Natalie Cole’s “Unforgettable.” A hard-driving rocker, it provides a segue into the bright “You Bring the Summer,” a song written by XTC’s Andy Partridge. Dolenz’s voice hasn’t suffered one bit; you’re surprised to hear a 71-year-old still belting out tunes like a 21-year-old.

The group has put out an album full of instant classics, but the standout track is “She Makes Me Laugh,” written by Weezer’s Rivers Cuomo. It sounds like it’s straight out of an episode of The Monkees, with a sing-along chorus that is Beatlesque – er, Monkee-esque.

Mike Nesmith, an on-again/off-again member over the years, even contributes to the album (although he’s not on tour with the group), singing a sweet duet with Dolenz on “Me and Magdalena,” penned by Death Cab for Cutie’s Ben Gibbard. Piano-driven, it rivals Nesmith’s own mournful “I Know What I Know” as the most sincere, heartfelt tunes on the album.

Oasis’ Noel Gallagher has teamed up with Former Jam/Style Council member Paul Weller to write the quirkiest track, “Birth of an Accidental Hipster.” Part psychedelic, part-Tin Pan Alley, it’s epic in scope and takes the Monkees into their Head era.

The Monkees have relied on their old staple of songwriters — Tommy Boyce and Bobby Hart, Neil Diamond, and Gerry Goffin and Carole King, who have composed one song each for the album. In fact, Diamond’s entry, “Love to Love,” is a song previously recorded by the Monkees and features the late Davy Jones on lead vocals. It’s not a Monkees album without Davy, and hearing his voice is refreshing and nostalgic, if not bittersweet.

But it’s the new cadre of songwriters — Cuomo, Partridge, Gibbard, Gallagher/Weller and Fountains of Wayne member Adam Schlesinger — that make the album an instant classic. The group has selected some of the best pop songwriters of today to contribute to the album, and although you can hear the songwriters’ influence on the songs, the Monkees leave their mark on each tune, making it their own.

It’s sad to see some artists fade into nothingness as they grow older. But with Good Times, The Monkees have shown that they still have plenty left to say and are still as relevant as they were 50 years ago. It’s the album of the summer – perhaps even the year.