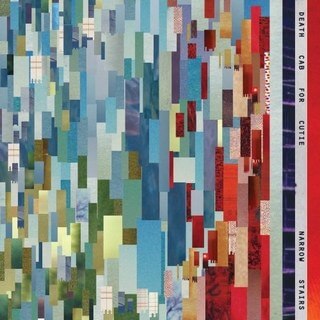 Most of the reviews I’ve read of Narrow Stairs, the new album from indie darlings Death Cab for Cutie, mention that it’s darker and more somber than their previous releases.

To that I say — Whaaa? That would imply that their earlier releases are more positive or happier. You can’t get any more depressing than “What Sarah Said” off their last album, Plans. Death Cab for Cutie have never been a sunshine pop band, and while the lyrics may be more poignant, Narrow Stairs is more of the same, and that’s a good thing.

Lead singer and main songwriter Ben Gibbard has always been a colorful storyteller, and the opening song, “Bixby Canyon,” is no different: “I descended a dusty gravel ridge beneath the Bixby Canyon Bridge until I eventually arrived at the place where your soul had died,” he sings, apparently in homage to author Jack Kerouac. Producer/guitarist Chris Walla’s production adds another layer of texture to the moment, with windswept effects that bring you right below the bridge with Gibbard.

Musically, Gibbard seems to have matured, with more complex arrangements and more variety. The album’s first single, the creepy “I Will Possess Your Heart,” features a walking bassline that mimics the stalker vowing to have his unknowing lover. At eight and a half minutes, it takes some patience to get to the meat of the song, with a four-minute intro teasing you. “You Can Do Better Than Me” is downright perky, evoking Pet Sounds-era Brian Wilson. Gibbard’s plain-spoken voice is brought to the forefront, and it’s this voice that brings continuity to the different styles explored throughout the album.

Gibbard has always excelled musically, and the melodies are more consistent and plaintive. Drummer Jason McGerr has never been better, with complex drum lines and flourishes that add the perfect finishing touches. One fact emerges from several listens (and believe me, it takes several listens. Getting through Narrow Stairs is like getting through a Tolstoy novel, there’s so much to hear): Beginning to end, it’s their finest album.