Album Review: ‘The Nines,’ The Nines 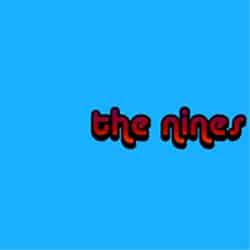 In the movie Amadeus, Mozart astounds guests at a masquerade ball by playing a song that he had heard only once in the style of various composers – Bach, Haydn, Salieri – while being held upside down. To Mozart, it’s more of a childish challenge, and he laughs maniacally throughout the game, but while watching the movie, I marveled at the feat – one needs an extreme amount of talent to capture the essence of a composer’s style in only a few minutes.

Steve Eggers of the Nines is the last person who would suggest or accept any comparison to Mozart. But on his latest release, an eponymous LP with his band the Nines, he not only showcases his talent for songwriting but sprinkles nuances of other artists among the 12 songs on the album. He’s created his own parlour game, but he’s using his own compositions.

It’s apparent from the opening track: “Backseat” begins with crowd noise reminiscent of some of the classic rock live albums from the 70s. It even sounds like a Frampton Comes Alive outtake, with a wah-wah style lead guitar driving the fast pace. The song quickly takes on a more Eggers-like quality, with his piano playing leading the way but with just as much energy as a guitar-driven power pop number.

The crowd roars its approval as Eggers continues the quick pace into the second track, but “Far Away” brings the piano even more to the forefront. This track is vintage Nines, with so many beautiful chord changes – you can’t tell where the verse ends or the chorus begins. Each phrase is unique, each line a delight, and several times you’re treated to an acapella bridge before Eggers rips into yet another passage. This is the song that you can’t get out of your head.

Eggers continues his nod to his contemporaries. “No More Time” and “The Virtuous Man” could be long-lost XTC songs, and he does his best Billy Joel imitation on “Don’t Worry Misery”. You can hear McCartney, Emit Rhodes and even some 70s prog rock, But don’t be fooled here: This is not an artist copying ideas from other singer-songwriters. These are all unique, perfectly crafted pop songs that have Eggers’s fingerprints all over them. It’s as if he’s created these songs and then hidden little clues in each of them, leaving some interpretation or production in them so that one could imagine that all of the best pop artists are covering his songs, not the other way around.

On some songs though, Eggers is just himself, and it’s when he’s at his simplest that his true genius for writing melodies comes through. “On the Sidelines” could easily be some Tin Pan Alley song from the turn of the century – it’s heartfelt, with just the right amount of harmony and phrasing, but short enough to leave you wanting more.

Many of the cuts on The Nines have been floating around as demos, rough cuts that are swimming around in Eggers’ head until he can polish them up and find the best way to present the finished product. But the final cut, “Martin,” is pretty much the same as it was as a demo – this gem didn’t need much polishing. It’s a heartaching ballad with Eggers imploring Martin to hold on: “Although the darkness leaves you in the shadows, you will always find your way.”

And after listening to The Nines, you do emerge happier and more enlightened. Steve Eggers may not admit to being a 21st century Mozart, but his compositions are two- to three-minute masterpieces that, while evoking other artists and eras, are completely new and classic, if not classical.
Buy The Nines at CD Baby

“Martin” (from The Nines)

Previously: An interview with Steve Eggers