Album Review: No Line on the Horizon, U2 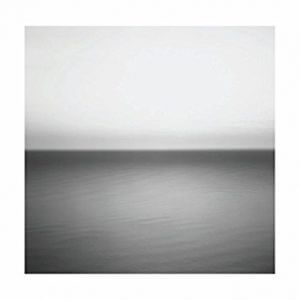 I have a love/hate relationship with U2. They could do no wrong in my mind during the 1980s, with such classics as War, The Unforgettable Fire and The Joshua Tree. And it was easy to like them back then; it seemed as if everybody was a U2 fan.

But their experimentation with Europop, starting with Achtung Baby and ending with the painful Pop, left me feeling betrayed. Nevermind the self-importance of their political anthems; during the 90s, they grew exceedingly narcissistic, with Bono’s mullet being replaced by the now-trademark wraparound sunglasses. Their white flag at concerts was replaced by giant props like the Golden Arches, lemons and cocktail olives. They looked like the Village People while trying to dance in the video for “Discotheque.”

They returned to the “classic sound” with their last two albums, “All That You Can’t Leave Behind” and “How to Dismantle an Atomic Bomb,” but somehow it sounded hollow and insincere. “Beautiful Day” seemed such a long way away from “Pride (In the Name of Love).”

When I heard the first single from their latest effort (“Get on your Boots”), I thought, here we go again: brash, materialistic and devoid of any feeling. I didn’t want to hear a whole album of this. Luckily, “Get on your Boots” doesn’t appear until halfway through No Line on the Horizon. So for five songs, I heard something from U2 I hadn’t heard in 14 years: The old sound was back, and the emotional rush had returned.

The weird electronic sounds from Achtung Baby and Zooropa are still there but are toned way down, enhancing the music rather than taking center stage. Producers Brian Eno and Daniel Lanois have returned to the ethereal sounds of The Unforgettable Fire; many of these songs could easily fit on that album.

By far, the highlight of No Line on The Horizon is “I’ll Go Crazy if I Don’t Go Crazy Tonight,” their best song since 1991’s “Ultraviolet (Light My Way).” The Edge’s trademark guitar echoes throughout the song with a riff that mimics their anthem “Bad.” But about halfway through the first verse something weird happens; the song progresses from a C chord to an E major chord, something almost unheard of in a U2 song, but it’s a beautiful chord progression for a band that has been known to create memorable songs with only two chords.

Bono seems to have even toned it down several notches. “I was born to sing for you / I didn’t have a choice but to lift you up and sing whatever song you wanted me to / I give you back my voice from the womb my first cry / It was a joyful noise,” he reveals on the song “Magnificent.” And he even admits on “Breathe” that “I gotta stand up to ego but my ego’s not really the enemy / It’s like a small child crossing an eight-lane highway on a voyage of discovery.”

But just when I got comfortable with the idea of a new relationship with my former favorite band, “Get on Your Boots” ruined the return to form with its glaring attempts to be cool (“Hey, sexy boots!”). The album went downhill after that: “Stand Up Comedy” borrows heavily from Jimi Hendrix’s “Foxy Lady,” and “Breathe” is a retread of “Bullet the Blue Sky.” There are parts of “Fez – Being Born” that are intriguing – similar to Radiohead’s Kid A: Non-linear and experimental. But the last half of the album drifts by, with little melody and few memorable moments.

It’s made me realize that I don’t like U2 as a pop band (“Mysterious Ways,” “Angel of Harlem”), nor do I like them as a rock band (“Bullet the Blue Sky”, “Vertigo”). Like it or not, they excel at music that evokes feeling, whether it is political, religious, or emotional. And for about 20 minutes, they made me happy again.