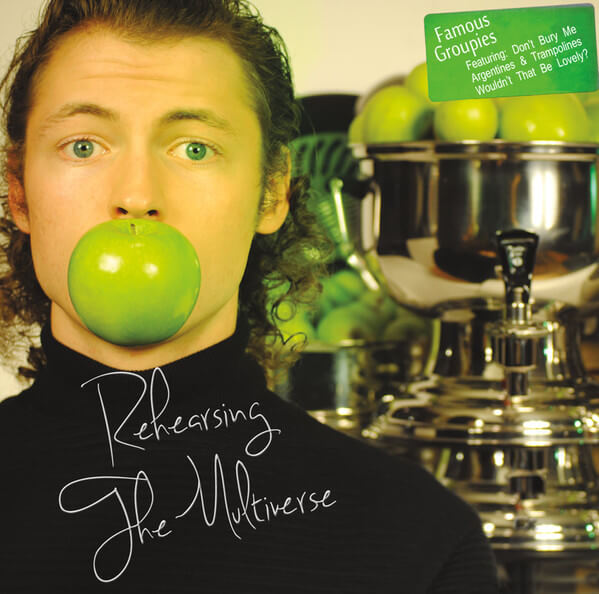 In the spring of 1970 — 50 years ago! — Paul McCartney retreated to his home near the Mull of Kintyre, Scotland, shortly after announcing that he was leaving the Beatles. He released his first solo album, McCartney, at the same time.

The album was a mixed bag. Although he was lauded for such songs as “Maybe I’m Amazed,” so too was he wrongly bashed for penning what John Lennon called his “granny songs” — little ditties that just poured out him, half-finished, but charming in their own way. Songs such as “That Would Be Something,” “Junk” and “Teddy Boy” come to mind.

McCartney ignored the press and kept on with his wife, the Lovely Linda (the title of another half-finished ditty), penning an album with her before some of the other Beatles could get out of the starting gate.

Fast forward to the present. Scotsman Kirkcaldy McKenzie is going through some old things of his grandfather, Patrick McKenzie, who was a session player in Scotland during the 60s and 70s. He discovers some half-written songs from the 70s — some were just ideas he had jotted down, and some were demos recorded on an old tape recorder.

The younger McKenzie starts working on them, piecing them into coherent works and adding lyrics and music where they needed it, always keeping the era and his grandfather’s love of music foremost in his head.

The result is an album entitled Rehearsing the Multiverse, and the band is Famous Groupies, named after one of McCartney’s more eccentric songs.

But there’s nothing eccentric about Rehearsing the Multiverse. It’s so reminiscent of that stress-free, life-on-the-farm McCartney era that you feel as if you’re listening to one of the former Beatle’s lost albums. Kirkcaldy McKenzie’s voice sounds eerily like Paul’s and is full of ebullience and innocence, like a young Emmitt Rhodes.

The songs themselves roll along like the Scottish hills, speeding along and slowing down at a pace that never seems too fast or too slow. The opener, “Don’t Bury Me” is an easygoing rock number reminiscent of “Eat at Home” from Ram, McCartney’s second solo album. “Wouldn’t that Be Lovely?” is a charming remake of “That Would Be Something,” even mentioning the simple life that McCartney longed for in that era in such songs as “Heart of the Country.”

“We All Fall Down” is another rocker that transforms itself into “Tonight,” a beautiful slow coda a la “The Back Seat of My Car,” before segueing into the highlight of the album, the rollicking ditty “Be There My Love.” Sounding like a better version of “Another Day,” the song gets into your head and won’t. Come. Out. It’s the worst earworm I’ve had in years, and the madness is thoroughly enjoyable.

It’s clear that Kirkcaldy McKenzie is a McCartney fan — from the song “Wings” and the recreation of Wings’ Red Rose Speedway album cover (except McKenzie has an apple — an Apple! — covering his mouth instead of a rose) to his mention of Rita, the streetwalker that McCartney allegedly picked up before the most famous car accident that never happened – the one that marked the “Paul is Dead” phenomenon. “Coney Island Lily” is a mix of “Honey Pie” and some of Freddie Mercury’s Tin Pan Alley numbers from A Night at the Opera, and “What a Day” takes its introduction straight from “Blackbird.”

But to dismiss this as another Rutles album, a sheer imitation or parody of Paul McCartney, would be wrong. These are all originals culled from someone who was actually with Paul McCartney during the 1970s.

You see, there’s more to this story. Some of the old photos of Patrick McKenzie that Kirkcaldy found along with the unfinished songs were taken with Wings, with Linda McCartney as the photographer. This was someone who was clearly influenced by Paul, and his songs were an extension of that influence. It leads you to wonder: Did Paul help him with any of these songs? Or even more intriguing, did Patrick help Paul?

All Kirkcaldy has done, as Paul did with John Lennon’s “Free as a Bird” and “Real Love,” is to finish what his grandfather had started. And it’s a lovely romp through the 1970s.

It’s hard to figure out who the real geniuses are here — Patrick McKenzie, Kirkcaldy McKenzie or Famous Groupies, who recreate the sounds of the early 1970s in a way that is both reminiscent and welcoming. Because you just don’t hear music this fresh and melodic today.

In the liner notes, McKenzie invites us to put on our headphones, close our eyes “and time travel back to the golden age of music when almost everything you heard on the radio was ridiculously melodic and crafted with care.”

Apparently, Rehearsing the Multiverse is just a taste of what Kirkcaldy has with his treasure trove of his grandfather’s collection while he was with Wings. Let’s hope he mixes another batch of songs together soon and gives us another peek at this wonderful era.