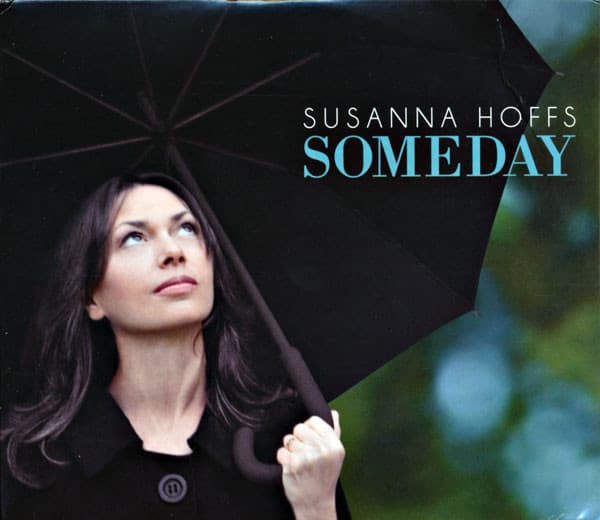 If the 50s witnessed the dawn of rock n roll civilization, the 60s had to be the Golden Age, a time when artists broke out of the I-IV-V chord progression and started experimenting with different melodies, instruments and yes, drugs. Emerging on the heels of the Beatles and drawing on the dreamy harmonies of the Beach Boys was sunshine pop, a type of music that was a cheery escape from the violence and controversy of the late 60s.

At times the songs bordered on sappy (The Free Design’s “Kites Are Fun“! The Fifth Dimensions “Up Up and Away“!) But the lyrics didn’t have to even be happy — just the music. Songs like the Mamas and the Papas’ “Monday Monday” and “California Dreamin'” were quintessential sunshine pop, with the layered harmonies and strings adding a touch of class to the music.

It’s that sound that Susanna Hoffs recalls in her third solo album, Someday. Produced by Mitchell Froom (Crowded House, Suzanne Vega), the album by the sometimes-Bangles lead singer manages to pay homage to the era without ripping it off. The 10 songs, co-written with Nashville songwriter Andrew Brassell, stand on their own as solid, melodic pop tunes, but Froom’s production — a harpsichord one minute, horns the next – is like sepia-toning a photograph. It lends a certain authenticity that instantly brings a warmth and happiness to each song.

The sunshine pop sound is most apparent on “Picture Me,” a jaunty, syncopated number that is pure Bacharach. Hoffs’ voice melts and molds to the mood she’s trying to convey. Her voice, innocent and almost childlike, can sound carefree at times, pleading during others.

“One Day” finds Hoffs displaying the sunshiny optimism of the genre as she proclaims:

On “Holding My Breath,” she begins accompanied only by an acoustic guitar, her voice fragile, but she sounds more confident as the majestic chorus unfolds, accented by horns in a melodic phrasing that would make Phil Spector drool.

“Everything is coming together / I think I like it right here,” she sings in “This is the Place.” And judging from the ease in which these songs come to Hoffs, it’s clear her listeners will like where she is.