Songs of Experience – U2 (Album Review) 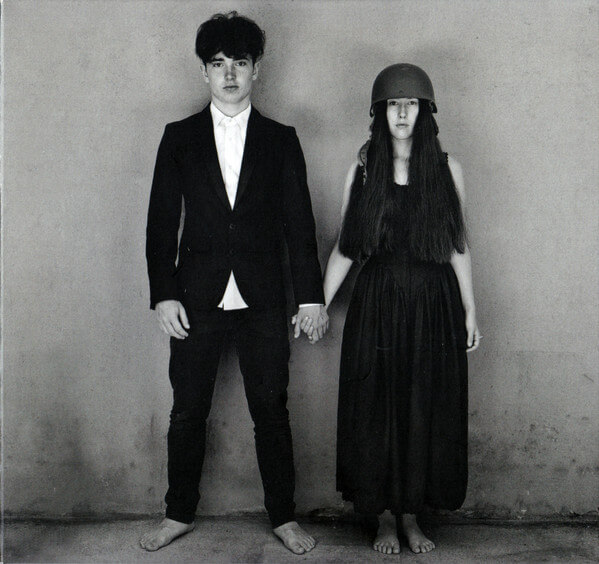 U2’s 14th studio album, Songs of Experience, finds the 50-something rockers searching for a voice, an identity, and relevance in a world of hip-hop and bubblegum pop. This hasn’t been a problem for them in the past; they’ve successfully reinvented themselves many times over, from the esoteric sounds of The Unforgettable Fire and The Joshua Tree to the electronic and dance sounds of Achtung Baby, Zooropa and Pop.

Almost everything about this album screams desperation and a cry to be relevant again. The group used 9 different producers (Why?); they employed many gimmicks we see in today’s popular music, including rap and electronic vocal distortions; (Bono’s use of a vocoder in the opening song, “Love is All We Have Left,” led Pitchfork to rename him “Bono Iver.”); after Brexit and the 2016 Presidential election, Bono depersonalized the lyrics and made it more political, because, let’s face it, it ain’t a U2 album without Bono pontificating on something.

The result is an album that, like its predecessor, is somewhat lost and muddied. Unlike most U2 albums, it’s not an easy album to listen to. It takes numerous playbacks for songs to become familiar, and except for the obvious single “You’re the Best Thing About Me,” nothing is instantly catchy.

That being said, after several listens, some breaks in the clouds appear. “Lights of Home” has a beautiful coda that saves an otherwise listless song; it sounds like an outtake from No Line on the Horizon. We finally get to hear Edge’s trademark guitar on “The Little Things that Give You Away” – albeit subtlely at first. “The Blackout” is a mishmash of Achtung, Baby and Pop. If Pop had anything half this good on it, I would have given it a second listen.

The standout track, though, is “Love Is Bigger Than Anything In Its Way.” While giving a nod to the powerful anthemic ballads that they are known for, it’s different in that the Edge’s guitar is missing from most of the song, opting instead for keyboards for the main accompaniment.

I’ll be interested to hear the B-sides to the singles, which usually give a clue to what U2 left off the album. I would have loved to have heard the album with the original lyrics, which may have been the most personal Bono had ever written. Instead, we get U2 trying to be all things to all people. Songs of Experience is the sound of a group trying to play catchup – and that’s something U2 has never had to do.