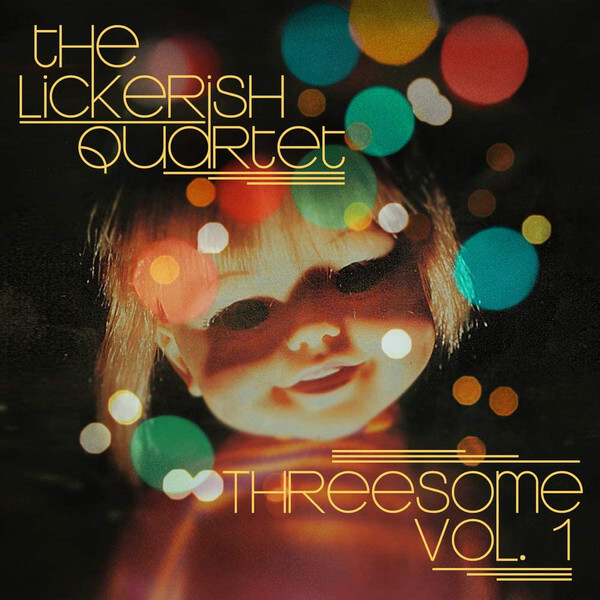 Twenty-seven years after Jellyfish sprung Spilt Milk on us and made power pop fans’ heads explode, we’ve been looking for a reunion that will almost certainly never happen. Lead singer Andy Sturmer is well, somewhere, Roger Joseph Manning, Jr. has found a permanent home with Beck, and the rest of the revolving door of musicians from the group have become power pop stars themselves.

The list of those in line to the Jellyfish throne has been numerous, and none of them has really stated that he wants it. Manning released several solo albums and formed bands with ex-Jellyfish members Eric Dover (Imperial Drag) and Jason Falkner (TV Eyes). Bassist Tim Smith formed Umajets with Rob Aldridge and released two albums; Falkner has released many solo albums and formed the Grays along with Spilt Milk sessions man Jon Brion. There are other associations, and it reads like a family tree on “Game of Thrones.”

The opener, “Fadoodle,” which is about, er, fadoodling, has a melody reminiscent of “The Never Ending Story” without all the wind effects and synthesizers. It’s a lighthearted novelty song with superb arrangements and a peek at those rich Jellyfish harmonies we were hoping for.

The EP sounds like a Roger Joseph Manning Jr. solo album, even though the three collaborated on all the songs, and their voices and instrumentation come together very well. Perhaps it’s just because Manning sings lead on three of the four tunes.

The fourth, Tim Smith’s “There is a Magic Number,” is the song that sounds the most like their predecessors, with a bit more serious undertones. It’s psychedelic in nature but boasts beautiful chord progressions and a bridge that makes you want to go listen to Spilt Milk all over. The title track is fun without the novelty of “Fadoodle,” a romp through the 1970s full of glam, layered vocals and guitar effects.

The Lickerish Quartet is not Jellyfish. There will never be another Jellyfish, or a reunion. According to Manning, Sturmer “made it very apparent to us and the industry over the years that he’s not interested in any kind of post-Jellyfish activity, and that’s fine.” This is as close as we will get—three out of the four. Let’s bask in this quasi-reunion and enjoy the music that they make.