Album Review: The Both 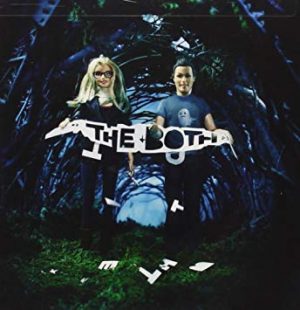 Aimee Mann has been caught in a bit of a rut. Her first three albums dazzled critics, with her debut album, Whatever, topping my all-time favorite album list. But without her collaborator, the amazingly talented Jon Brion, her songs lacked the power, quirkiness and melody that was so apparent in her first three albums. She showed some signs of breaking through that slump in 2012’s Charmer, but it’s taken a songwriting and performing partnership with punk/indie rocker Ted Leo to awaken her.

Leo opened for Mann during her 2012 tour in support of Charmer, and the two decided to write some songs together. The result is the eponymous debut of the duo The Both. It’s powerful while still showing touches of Mann’s original melodic nature, and Leo’s hard edge has brought back Mann’s ferocity and sarcasm.

The opening song, “The Gambler,” begins with the same slow guitar that has marked many of her songs lately, but suddenly a drum fill changes the mood into much more of a rock song. Mann’s harmonies offer a gentle touch to Leo’s tough vocals.

The highlight, though, by far, is “Milwaukee,” an up-tempo rock song headlined by a beautiful melodic guitar solo. It’s here that Mann sounds at her most comfortable, sharing lead singing duties with Leo.  “No Sir” is a slow, methodical piece that brings to mind – dare I say it? – “Voices Carry,” the monster smash from Mann’s former group, ’til tuesday.

“You Can’t Help Me Now” is close to Whatever’s best – a slow acoustic number. It’s melodic, and lacks the syncopated rhythms that marked her lesser albums. And the cynicism is back, perhaps aided by Leo’s touch. “Any time you establish a need to atone, you’re prone / Down the tracks you can map on the seams of your own broken bones,” Leo sings. The slow tempo and seriousness of the song give Leo a softer touch to his voice, and the two voices blend well in the chorus.

Mann has her muse again, and it’s Ted Leo. It’s good to see her back in true form and reveal her talents as one of pop music’s best songwriters and performers. And Leo, after being with numerous bands and trying to go solo, may have found someone to be a perfect companion and songwriter. Let’s hope we hear more from these two.

Buy The Both on Amazon.com

1 thought on “Album Review: The Both”