Album of the Year: Death of the Cool, Cotton Mather 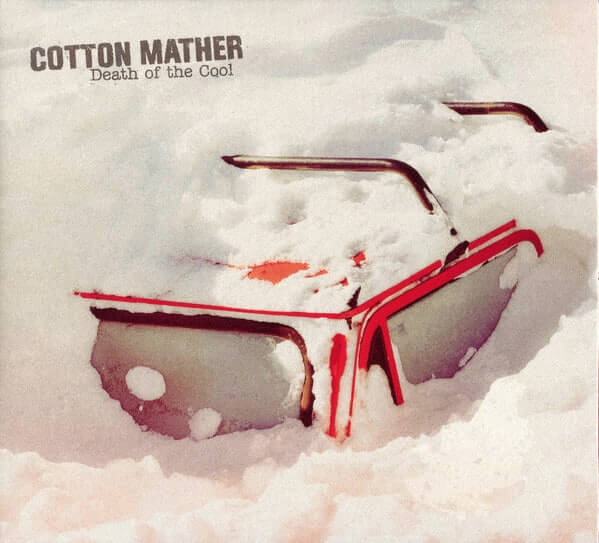 Cotton Mather may be one of the best bands you’ve never heard of.

Granted, they had their chances. Their album Kontiki, recorded on a four-track recorder, was praised by none other than Noel Gallagher of Oasis. It still didn’t turn them into rock stars.

The band broke up for a while, pursued other projects, then reunited to record a new single in 2013. They’ve stayed together, and their latest, Death of the Cool, may be their best effort yet.

The titles and lyrics of the album were apparently based on the readings of the I Ching. There are 64 hexagrams in the I Ching, and lead singer/songwriter Robert Harrison has promised a song for each of those hexagrams, which means another three albums are in the works. The readings inspire some odd song titles (“The Book of Too Late Changes,” “Child Bride”), but that’s not unusual for a band whose previous song titles have been “Animal Show Drinking Song,” “Aurora Bori Alice” and “John Wayne Jung.”

What’s most important is that there’s more music to come. And based on what Death of the Cool sounds like, we’re in for three more stellar albums.

“The Book of Too Late Changes” kicks off the album with a roar, with power-pop guitars leading the way. It’s typical Cotton Mather, and for the first few cuts you think you’re hearing Kontiki II. But then Harrison throws us a curve about halfway through the album: “Life of the Liar” features a brass section, and “The Land of Flowers” is a touching acoustic number. “Queen of Swords” and “The End of Dewitt Finley are piano ballads, and “Child Bride” features a harpsichord and strings in an upbeat baroque style.

Harrison hasn’t lost a beat in his catchy chord progressions and arrangements. The production is much cleaner than Kontiki, more accessible and radio-friendly. Of course, that doesn’t mean that radio will pick up on Death of the Cool. They’re much too shallow and stupid to unearth a gem like this.

Buy Death of the Cool at Amazon.com

1 thought on “Album of the Year: Death of the Cool, Cotton Mather”