An Interview with Jason Brewer of The Explorers Club 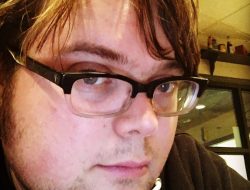 Jason Brewer is a man in love with pop music’s roots.

You can sometimes find him at turntable.fm, spinning rare pop and R&B records for all who stop by. His Spotify playlists are filled with songs by Elvis Presley, the Rascals and the Moody Blues.

And it’s apparent in his music. In 2008, his band, The Explorers Club, released Freedom Wind, an album that had critics scrambling to see if Brian Wilson was writing under an assumed name. It was pure Beach Boys, done perfectly but without Mike Love’s nasal vocals.

Three years later, it’s apparent that the band has gone back even further in time, resurrecting the ghosts from the Brill Building era, when Burt Bacharach was penning hits for the old music factory. They have released two free EPs (free! as in beer!) that hint at what’s to come on their new album: The Carolinian Suite and The Californian Suite. The two contain a Bacharach cover, “Walk on By,” and the Classics IV hit “Stormy,” as well as several originals that fit nicely with the vibe. The result is a breezy, laid back romp through yesteryear, but it’s not just a cheap copy. The songs are strong and the harmonies are tight. These songs would stand on their own in the 1960s or today.

Jason Brewer was kind enough to answer a few questions about the band’s EPs (free!) and the upcoming album:

When is the new album coming out? What should we expect?

The new album is out in February – It will be on CD, LP and digital. It’s called Grand Hotel.

It’s been three years since “Freedom Wind,” and it looks like you’ve gone through some lineup changes. How have things been?

Things are GREAT!   the band sounds BETTER THAN EVER.  Our three newest members – Justin James (guitar, vocals), Paul Runyon (keyboards, vocals) and Kyle Polk (drums) are the three best things to happen to Explorers Club – fantastic musicians who can really make the songs come to life.

Everyone seemed to praise the overt Beach Boys influence on “Freedom Wind.” Now it seems like you’re channeling Burt Bacharach and the Brill Building writers on these two suites. What is it about this sound that attracted you? Are you getting mellow with age?

Those sounds are a big part of what will be on Grand Hotel but the more you get into it you will find some other influences.   I love the complex chords and the unusual melodic structure of the old Bacharach and Jimmy Webb stuff so it really stuck with me.  Not mellowing with age so much as growing into our own sound.  I am really looking forward to everyone getting the full picture of Grand Hotel.

It must be hard to try to pay homage to the past without sounding derivative, yet you manage to still create beautiful songs that are distinctly yours. How do you do that without rewriting, say, “Surfin’ USA”?

I think I aim to write catchy melodies and then decide to dress them in whatever musical clothes seem to fit so to speak… My musical background is steeped in the classic pop of the 20th century so I try to combine all of those things.   Essentially my goal is to write New Classics.  New songs steeped in classic and real production.  I make these records to sound like how i feel REAL RECORDS sound…

How would you describe the progression of the band’s sound since “Freedom Wind”?

[pullquote]Essentially my goal is to write New Classics.  New songs steeped in classic and real production. [/pullquote]We have found our own voice — our new album will showcase a varied sound of our own – steeped in the classics.   Our live show has a real crazy eclectic flow.  We try to get the studio sound but we also branch out with guitar exploration and musical interludes.

How did you come up with the concept of the suites? How does that mix with the tone of the overall album?

Our manager came up with the suites.   he said we should take some rough versions of album tracks and bundle them with some cover songs to serve as an appetizer to the album.   The album certainly has little movements – It’s like going on a musical vacation.

What was it like working with Mark Linett? [The new album is being mixed by Linett, who previously produced the Dolby 5.1 surround version of The Beach Boys’ Pet Sounds and mixed their long-awaited Smile album.]

He is the greatest mix engineer I have ever worked with.  We have worked with other greats including Matt Goldman – who engineered our album – but Linett is a master in his own class.

You’ve immersed yourself in social media, with free mp3s to boot. How does that compare with the traditional way of selling an album, and is it working?

We will see if it works soon enough.   Its a wasteland out there — you have to do what you can to offer things to people directly.   We want our fans to feel like they can be a part of what we are doing.   we love the fans and we want to give them something back.

Do you plan to tour?