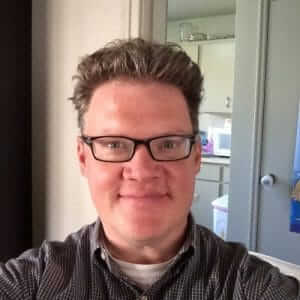 Andrew Curry is the master of compilations. His latest project, White Lace and Promises: The Music of Paul Williams, follows in the footsteps of his previous releases: Songs. Bond Songs: The Music Of 007, Here Comes The Reign Again: The Second British Invasion, and Drink A Toast To Innocence: A Tribute To Lite Rock.

The formula works: Take a genre of music, get indie pop artists to reimagine the songs and perform them for a mega-tribute album that sheds new light on old classics.

Not knowing much about Paul Williams, I asked Curry about the project and what drew him toward the composers’ music.

I grew up watching Paul Williams on variety shows, not knowing he wrote such classics as “Rainy Days and Mondays” and “Evergreen.” Were you always a fan of his music, or did you discover it later?

That’s precisely how I first knew about him. He was on Donny & Marie or The Muppet Show. He was in Smokey & The Bandit. When I was extra sneaky, I might stay up after my parents went to bed and see him on Johnny Carson. He was just this pop culture fixture. And because he didn’t look like a conventional movie star, I was always sort of fascinated by him. I mean, who was this short little guy, who seemed to be on TV all the time? It was years later when I realized that he was the guy who wrote all these songs I grew up knowing.

Was it easy to get artists on board for this project?

I always assumed this project might have the narrowest appeal of all the ones I’ve done, but I was pleasantly surprised by how the musicians I asked really flocked to it. I think that the chance to re-imagine classic songs, especially ones that are so melodic, holds a real appeal for the types of artists I like working with.

Did the artists themselves choose the songs, or did you have a list of songs you wanted to include?

I always start with a list. And on this project, maybe more than any other, I had ideas for which artist I wanted on which song. I knew I had to have Lisa Mychols do “You and Me Against the World.” “Family of Man” always felt like an Eytan Mirsky song to me. I wanted to hear Cait Brennan on “An Old Fashioned Love Song.” But then, Phil Ajjarapu came to me with a song I’m sort of ashamed to say I’d never even heard of before, a country hit from the ‘90s that Paul co-wrote for Diamond Rio. But most of the songs were on a list I put together well before inviting musicians to participate.

Wow. I’m not sure I’d ever thought about that before you asked. His songs with Roger Nichols for The Carpenters, where Roger did the melodies, are so iconic and well-known. And the songs he did with Kenny Ascher for The Muppet Movie are, too. But the melodies Paul did himself, for, say, “An Old Fashioned Love Song” or movies like Bugsy Malone and Phantom of the Paradise are fantastic. And I think those tracks may end up being some of the most entertaining discoveries for the folks who get the record.

I started work on this project without even the slightest expectation that Paul would ever even know about it. And that didn’t bother me at all. But then, more than one of the musicians on the record, independently of each other, let me know that they had connections to Paul. Well, then I started thinking it would be pretty cool if I could get him a copy. And then, Paul Williams himself sent me an email! Totally unprompted. And it was the nicest, warmest note. He told me that he had heard a couple of the tracks and loved them. He said how delighted he was that I had taken this project on, and how much he was looking forward to hearing the whole thing. To say it made my day would be a wild understatement. He closed by saying that I’m in his will now. And while I suspect he was joking about that, I’ve chosen to take him at his word. So, dibs on his Oscar.

Do you have any personal favorites from the album?

Now you know I can’t answer that! I will say, though, that, six years into doing projects like this one, I’m still blown away by just how professionally and seriously the musicians I work with take their jobs. No one tried to be “too cool” for the material, in other words. I’ve heard other tribute records where a listener gets the sense that musicians were just eager to let you know how beneath them the whole endeavor was. To which I’ve always thought, “Why bother then?” To a person, the artists on this record were committed to the songs they were doing. It makes my job a whole lot easier. 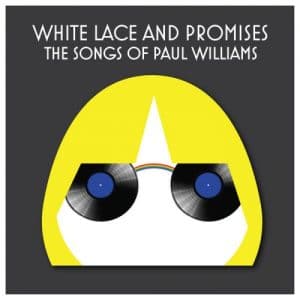 The album cover is sheer genius. Who designed it?

My friend James Glassman designed the cover art. James, among many other things, is a very talented artist, and we grew up together back in Houston. I’ve known him for over 35 years at this point, and he’s designed the cover art for each of the four compilations I’ve done. It’s just as much fun seeing James’s cover designs for the first time as it is hearing the songs when they come in. I think of his work as every bit as essential to the overall success of the records.

I always have to ask: What’s the next project?

It’s funny, but this may be the first time I haven’t had an idea for my next project as I was working to complete another one. White Lace was kicking around in my brain for years before I finally started work on it, even before I decided to do my James Bond record. But at the moment, I’m legitimately without an idea. It’s sort of liberating, honestly.

I have a few ideas.