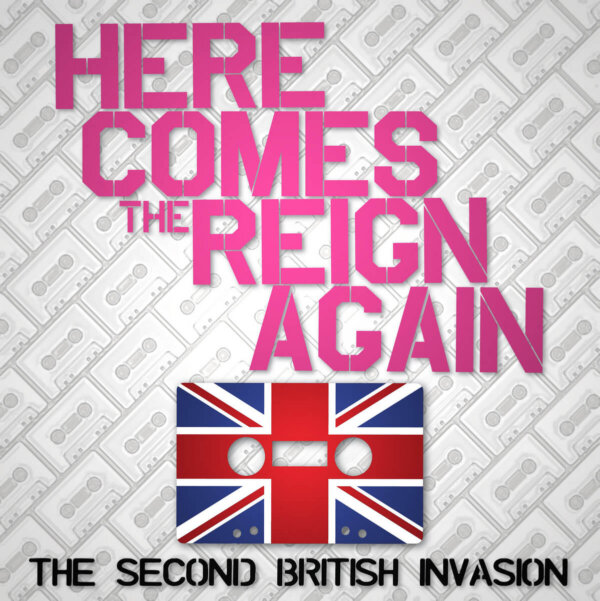 I admire Andrew Curry so much, but I’m also envious.

When he wants to do something – when he has an idea, a dream – he acts on it, jumps over every barrier that faces him, overcomes the impossible and in the end comes up with a finished product that is polished and admired by pop music fans worldwide.

His first project, “Drink a Toast to Innocence: A Tribute to Lite Rock,” was funded through Kickstarter and brought indie pop artists together to perform covers of those AM radio hits that helped shape my love of pop music – Andrew Gold’s “Thank You for Being a Friend,” Robbie Dupree’s “Steal Away” and 10cc’s “The Things We Do for Love.” That project finished, he had enough time to father a child and before starting on a new Kickstarter project – this one focusing on British New Wave.  The result, “Here Comes the Reign Again: The Second British Invasion,” has even more pop artists covering your favorite 80s artists from Britain such as Duran Duran, Culture Club, OMD and Wham!

Andrew talked to me via email about the new record. Here’s the transcript of our interview:

H&H: 80s music is a double-edged sword – it seems that there is still a certain nostalgia for it, but people still make fun of the leg warmers, big hair and Wham! But like 70s AM radio music, New Wave featured some beautiful melodic music. Why is that?

H&H:  The obvious question: Is there a 90s compilation in the works? a U.S. 80s version?
AC: Nothing in the works at the moment. But I suppose if I were to consider doing something, it would likely be another tour of the music of my youth. That appears to be my wheelhouse at this point. I have a good friend who is angling for a particular genre. I won’t reveal what it is, but it could be fun to take a crack at it. Stay tuned!
H&H: Where can people buy it, starting when?
AC: Pre-orders are available right now at my Bandcamp page: https://currycuts.bandcamp.com
Pre-ordering the record there gets you five tracks right away, and the rest of the songs will be released digitally on September 30. The CD version of the compilation will come out in early October, and it will be available at all the usual spots: Bandcamp, CD Baby, Amazon, etc.