Are the Beach Boys Overrated? 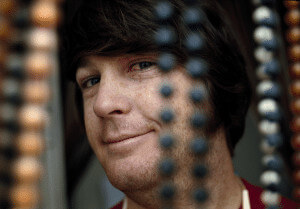 At one time, I didn’t like the Beach Boys.

Growing up in the 80s, I was witness to only one Top 10 hit by the group, the horrendous “Kokomo” from the even worse movie, “Cocktail.” I found their sound formulaic, their lyrics inane and Mike Love’s voice like chewing aluminum foil. They were the most overrated band in the history of pop music, in my opinion.

Then I heard “God Only Knows.”

My first exposure to that song was a really bad cover by David Bowie from his 1985 album Tonight. But when I listened to the Beach Boys’ version and heard chord progressions I never knew existed and felt — actually felt — multiple harmonies intertwined, echoing each other and sometimes meeting in heavenly overtones, I knew I had to reassess this group.

I read Brian Wilson’s now-hated autobiography, Wouldn’t it be Nice: My Own Story, and saw how infatuated he was with creating harmonies as lush and intricate as his heroes, the 1950s doo-wop group The Four Freshmen. (It was his brother Dennis who was the surfer and suggested the subject matter for their early hits.)

I read quotes from his ex-wife, Marilyn, recounting how “the difference was that Brian heard the music, the different instruments, the harmonies of the voices, and the production at the same time. He wrote, arranged, and produced it all! It was all there in his mind, and people would just look at him in amazement” (from Wouldn’t It Be Nice: Brian Wilson and the Making of the Beach Boys’ Pet Sounds).

This sounded like a modern-day Mozart, in which all he had to do was write down what was playing in his head. With this new information, I dug deeper. I watched the movie Love and Mercy, which found Wilson climbing into a grand piano, plucking the strings with a bobby pin to get just the right timbre for the haunting “You Still Believe In Me.” I saw him dictating to experienced session musicians how to attack the timpani, and adding bicycle horns and dogs barking to create the exact sounds he wanted. He was engrossed in his project to the point of obsession.

Pet Sounds didn’t do well. With the exception of the single “Wouldn’t It Be Nice,” it wasn’t a typical Beach Boys album. It peaked at No. 10, and at first, vocalist Mike Love’s complaints that it wasn’t commercial enough looked like it might be right. But it became a big hit in the U.K. — they always have better taste than Americans — and it’s now billed as one of the greatest albums of all time. Here’s what some musicians have said about it:

Pet Sounds was a major motivator for the Beatles to record Sergeant Pepper, and when Brian tried to top the Beatles with the revolutionary concept album Smile, the music in his head began to betray him, and he began to crack up. He has since finished the album some 30 years later, and it’s brilliant in its quirkiness and complicated arrangements. Leonard Bernstein gave a glowing endorsement of the song “Surf’s Up,” saying that it was “too complex to get all the first time around . . . [It’s] poetic, beautiful even in its obscurity.”

The Beach Boys’ catalog finally began to take on a new light. I gained a new respect for the harmonies in “Surfer Girl,” listened more closely to the instrumentation in “Wouldn’t It Be Nice,” and forgot David Lee Roth’s version of “California Girls,” opting instead to examine the non-conventional song structure and chord changes.

Today, Wilson has been kicked out of his own band, and Love continues bastardizing their name with a put-together backing band that at times has included “Full House”‘s John Stamos. It’s like watching Michael Jordan playing for the Washington Wizards as a 40-year-old.

Now, almost two decades after I discovered Pet Sounds, some songs are still silly (“409,” “Surfin”), the lyrics about cars and surfing are still lame, and Mike Love’s voice still grates on my ears. But Brian Wilson is still affecting music lovers almost 60 years after he began his foray into rock and roll. And you don’t have a soul if a tear doesn’t come to your eye during “God Only Knows.”

6 thoughts on “Are the Beach Boys Overrated?”