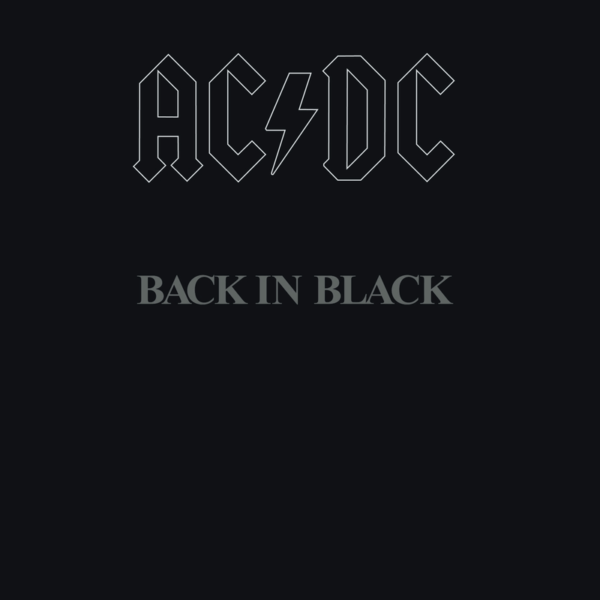 When evaluating AC/DC’s Back in Black, it’s important to put the album in context — where the band was in its history and what had previously happened. In 1979, the Australian hard rock band had already released their sixth studio album, Highway to Hell. It proved to be their breakout album, reaching No. 17 on the U.S. charts. They were on the brink of stardom.

Such a loss would have sent any band reeling. The Doors couldn’t duplicate their success after the death of Jim Morrison; Nirvana called it quits after Kurt Cobain committed suicide. But a month later, AC/DC was back in the studio with a new lead singer, Brian Johnson.

AC/DC’s Back in Black, the resulting album, not only kept the band’s momentum going but propelled them into superstardom. Sometimes called a tribute to Scott, the album is anything but that. It’s a declaration that the singer’s death wouldn’t kill the band as well. The only allusion to Scott is the haunting tolling of bells in the opening track, “Hells Bells.” The band actually got a foundry in the U.K. to create a bell for the track, and it sets the tone for the album. The eulogy over, the band then moves on, breaking into a medium-tempo rocker that picks up where “Highway to Hell” left.

For a 12-year-old growing up in the Bible Belt, “Hells Bells” and “Highway to Hell” gave intimations that AC/DC was in league with Satan — at least that’s what I was told. Looking back, their references to hell were more about their lifestyle and seemingly devilish ways; if anything, the band was all about sex, drugs (or in most cases, drinking) and rock ‘n’ roll. The album is full of double entendres (“Shoot to Thrill”, “Givin’ the Dog a Bone”), but sometimes they’re direct (“Let Me Put My Love Into You”) and even determined to repeat their earlier mistakes (“Have a Drink on Me”).

But the centerpiece of Back in Black is the stunning title track, which contains one of the greatest and most recognizable guitar riffs ever. The riff is genius in its simplicity. It doesn’t overpromise, giving plenty of space so you can hear drummer Phil Rudd’s steady beat. Brian Johnson screams the lyrics in a half-melodic, half-rapping style, at times turning into a growl. AC/DC didn’t pull any punches in finding a replacement lead singer as charismatic and energetic as Johnson; for many fans, he is the voice of AC/DC.

‘You Shook Me All Night Long’

The best-known track on Back in Black, the Top 40 single “You Shook Me All Night Long,” not only contains another memorable AC/DC riff but is one of their most melodic tracks. The verses are simply lyrics sung over the main riff, but the chorus is almost anthemic in tone, even though we all know what Johnson is singing about. The band placed it toward the end of the album, giving it a much-needed boost and solidifying Back in Black as a classic album.

Back in Black is indeed classic in almost all aspects; it may not have the most thought-provoking lyrics or the most pleasing melodies, but it is the cornerstone of all hard rock albums following it. This 1980 album has sold 50 million albums worldwide, which places it at No. 2 behind Michael Jackson’s Thriller. Not bad for a band that contemplated breaking up just months earlier.