Best Soundtracks of the 80s

The 80s saw a boom in soundtrack sales, which started with Flashdance. But you’ll have to go back a little further to find the first true soundtrack that defined a movie. Some say 1978’s Saturday Night Fever, the biggest-selling soundtrack of all time was the first. It spawned six singles, four of which hit No. 1. But you can go back even further to Simon & Garfunkel’s soundtrack to the 1968 film The Graduate as the first hit-making soundtrack.

Here are 10 of the best soundtracks of the 80s, based not on success but on the sheer volume of talent that appears on them. It is, of course, my opinion, and no, Dirty Dancing is not one of them.

One of four John Hughes soundtracks on this list, She’s Having a Baby was one of the director’s later movies, but he still had a knack for finding the right songs to fit the mood of the movie. Sexy and sophisticated, the album features Bryan Ferry, Everything But the Girl, and Love & Rockets, but it’s Kate Bush’s haunting vocals on the piano ballad “This Woman’s Work,” which plays during the climax of the movie, that make the soundtrack memorable. It, like most John Hughes soundtracks, dominates the movie. 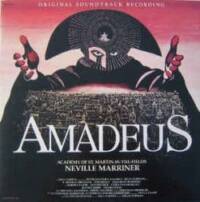 This is cheating — Taking the best music from the greatest composer of all time and sticking it on a CD doesn’t seem fair. And how do you choose the best from the best? It’s probably why there were multiple versions of this soundtrack. The music from the biopic about Wolfgang Amadeus Mozart fits the film perfectly. Each song on the soundtrack fits with a pivotal moment in the movie — from Antonio Salieri’s description of “Serenade for Winds” to the deathbed scene where Mozart directs the transcription of “Confutatis.” A powerful soundtrack.

The Vangelis theme song has been overplayed to the point of parody, and the choice of a new-age musician to write songs for a movie about 1924 Olympians seems odd. But Vangelis’ synthesizers create an eerie atmosphere, and “100 Metres” is chilling to listen to when watching Harold Abrahams suffer defeat in the race. At times it sounds more like a full orchestra is playing, which is more fitting for such a grandiose movie. 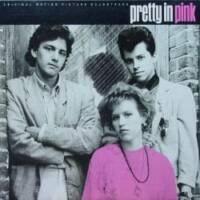 The second John Hughes soundtrack on this list of best 80s soundtracks, Pretty in Pink is filled with typical  material from the decade, headlined by Orchestral Manoeuvres in the Dark’s hit single “If You Leave.” Some of the soundtrack features unknown artists (a trick we’ll see Hughes perform very well later), but here they seem to fall flat. It’s the classics — Suzanne Vega’s “Left of Center,” Echo & the Bunnymen’s “Bring on the Dancing Horses,” and the Smiths’ “Please Please Please Let Me Get What I Want” — that make this album worth listening to.

Another classical soundtrack, Bruce Rowland’s mostly upbeat, horn-led vignettes perfectly capture the hoofbeats of horses running across the plain, similar to what Rowland did a year later on the soundtrack for the movie “Phar Lap.” The standout track is “Jessica’s Theme (Breaking in the Colt),” a modern classical piece that is as beautiful and peaceful and graces one of the most serene scenes in the movie. 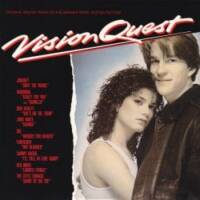 A movie that seemed to be an offshoot of a soundtrack, Vision Quest features a wrestler (a young Matthew Modine) who falls in love with an older woman. Okay. Don’t watch the movie, though. Just listen to the soundtrack, which is full of gems, from Journey’s “Only the Young” and John Waite’s “Change” to Madonna’s “Crazy for You.” Sandwiched in between those two are hard rock classics such as Foreigner’s “Hot Blooded,” Ronnie James Dio’s “Hungry for Heaven” and Red Ryder’s “Lunatic Fringe.” The Style Council’s “Shout to the Top” is excellent but almost feels out of place here.

What 80s list would be complete without the soundtrack of all soundtracks? Footloose was an instant classic when it was released in 1984. The theme song by Kenny Loggins rocketed to No. 1. It’s a shock that other great songs on here didn’t fare better on the charts. Shalamar’s “Dancing in the Sheets” and Bonnie Tyler’s “Holding Out for a Hero” failed to reach the Top 10. Unfortunately, Mike Reno and Ann Wilson’s sappy ballad “Almost Paradise” did. It’s the only dud on here. 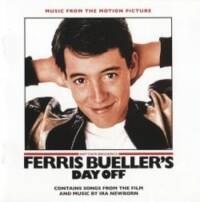 We had to wait 30 years after the movie was released for this soundtrack. John Hughes never released an official version of this soundtrack when Ferris Bueller’s Day Off hit theaters, so for a long time, fans made their own unofficial soundtracks.

The “official” release in 2016 was a bit of a disappointment, though. It had only nine songs, and a few favorites such as “Twist and Shout” were absent, but the classics — “Oh Yeah” by Yello, and the two lovely songs by the Dream Academy (“Please Please Please Let Me Get What I Want” makes another appearance on my list). You can enjoy this soundtrack if you can find it, or make your own.

This album is actually subtitled “Music from the Motion Picture,” but it’s really Prince’s sixth studio album. It’s really not fair to label it one of the best soundracks of the 80s because it features Prince at his creative peak.

Many of his legacy tracks are featured, such as “When Doves Cry,” “Let’s Go Crazy,” and the title cut. The only things missing are the songs that would make it a true soundtrack — outtakes by Prince and songs by the Time and Dez Dickerson that appear in the film. It’s a Prince album, first and foremost. 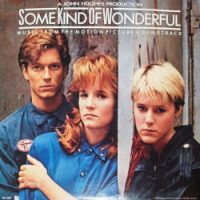 One of the only perfect albums I own. John Hughes went far and wide to find the most obscure artists around for the Some Kind of Wonderful soundtrack — artists like Blue Room, Furniture, Lick the Tins, and the March Violets — and makes one of the best soundtracks of the 80s. The only “popular” song on it is “Brilliant Mind” by the aforementioned Furniture, which reached No. 21 on the U.K. Singles Chart, and “I Go Crazy,” a college radio hit for Flesh for Lulu. Yes, I said Flesh for Lulu.

Each track stands on its own, and when coupled with the movie, it makes a powerful statement. If you don’t have this, go get it. It’s a must-have.