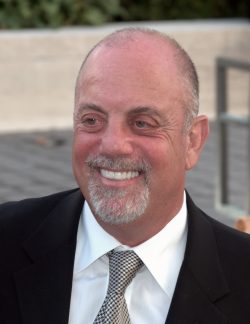 I’m reading Chuck Klosterman’s Sex, Drugs, and Cocoa Puffs : A Low Culture Manifesto right now. It’s one of those books which automatically makes you think, “Dang, I could write that. Why didn’t I write that?” One of the early chapters is an essay exploring why Billy Joel is so cool when he writes such uncool songs. And again, I thought, “Dang, I thought that up during a sleepless night back in 1994. Why didn’t I write about it?”

Klosterman is right on with his analysis. The guy dancing awkwardly with Christie Brinkley in the video for “Uptown Girl,” whose song “My Life” was used as the theme for “Bosom Buddies,” the piano man, is cool. And Elton John, he of the headdresses, sparkly jump suits and duets with Kiki Dee, is cool.

I’m always amused by the tough classic rock ‘n’ roll stations that, in between “Stairway to Heaven” and “More Than a Feeling,” will play “Piano Man.” Loud guitars, pounding drums, and then Billy Joel’s smooth baritone voice singing “Anthony’s Song.” But classic rock DJs are unabashed Billy Joel fans. It’s the same thing with Elton John, another piano player who is even more of a risk for AOR radio stations because of his flamboyant fashion statements. I’ve heard “Daniel” immediately following Aerosmith’s “Sweet Emotion.” At least Joel had songs like “Still Rock ‘n’ Roll To Me.” What was John’s hardest rocking single, “Saturday Night’s Alright For Fighting”?

It’s a little easier to bash Billy Joel after “We Didn’t Start the Fire” – a song that I thought was very clever, but turned out to be the moment Mr. Joel jumped the shark. Like Elton John, Joel has been in semi-retirement for the last 15 years, and we haven’t heard much from him. John got a little too soft in the late 1980s and 90s – too many Disney movies landed him in the same boat as Phil Collins. 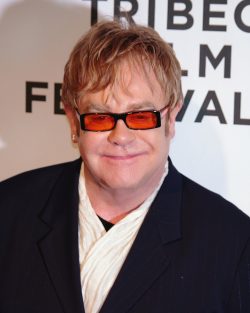 The antithesis of cool

Which is too bad. Both John and Joel were anachronisms during the 1970s and 80s; everything about them seemed out of step with what was cool. Joel at least looked the part of a tough guy, with his crooked boxer’s nose and permanent bags under his eyes. But, a piano? Really? On the cool scale, it pales in comparison to a guitar or drums. It’s not even a keyboard or synthesizer.

Their resumes are a testament to the immense talent needed to be a singer-songwriter. During the 1970s, Joel could do no wrong, with a list of albums that are perennial favorites in top rock ‘n’ roll album lists (The Stranger, 52nd Street, and Glass Houses). Despite his tendencies to go far into the cocktail bar genre (“Scenes from an Italian Restaurant,” “Just the Way You Are”), we don’t seem to mind. And Elton John’s “Don’t Let the Sun Go Down On Me” and “Rocket Man”?  Classic rock classics. Who cares if they’re ballads?

These two have succeeded in spite of their pianos, slow songs and smooth voices. And they aren’t even guilty pleasures; they’re nestled into rock history alongside Bruce Springsteen and the Doors. I don’t know why I like “Just the Way You Are,” but I do. I don’t know why “I Guess That’s Why They Call It The Blues” speaks to me, but it does. And I’m not ashamed of it.

Now excuse me while I go crank up “Don’t Ask Me Why.”

1 thought on “Billy Joel and Elton John: Cool or Uncool?”