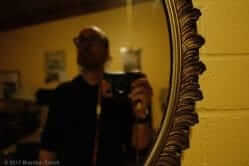 It’s been 10 years since singer-songwriter Brandon Schott was declared cancer-free. So it’s only fitting that he now gives us his most intimate set of songs yet. Released in December 2017, Room 8 is Schott at his most vulnerable; armed only with an acoustic guitar, he sings eight songs filled with “faith, presence and spirit.”

The songs on Room 8 are so quiet, you can hear the silence even during the songs. It’s the soundtrack to a dark room at 2 a.m., when everything seems to matter. The music comes to us as it came to Schott – no pretenses, no adornments and no bull.

Schott made the record while on a trip to Joshua Tree Natural Park, and even recorded the songs in a room at the Joshua Tree Inn. He was kind enough to tell me a little about the recording of Room 8. Read the Q&A below:

You call Room 8 “one of the most unanticipated and unadorned collections of my career.” Why?

It’s no small statement to say that there’s been quite a bit of social unrest in the past year – I set out to Joshua Tree that weekend for a little personal and spiritual re-centering, and had no intention on recording what could be considered a record – let alone releasing it only two days after it happened. I’d spontaneously booked a room at the Joshua Tree Inn two months in advance, settling on a random date at the top of December. Adding to the impulsive quick trigger of the moment, I also reserved the Gram Parsons room – the very room in which he passed away back in the early 70s.

The closer it got to the weekend of my trip, the more the weight of that particular decision settled in…I opted to bring along a portable Pro Tools rig and see what kind of writing I could conjure, in so doing take back the energy in the room for myself a bit and maybe come away with something new. Once I had the rig fired up I just started singing songs of mine that represented a hope, an optimism. Songs, as I said in my press release, that I “needed to feel in my heart and throat”. I had no idea as these songs were pulled from my catalog in real time in that room, one by one that I was indeed creating something new – by revisiting the past.

What was it about the desert that evoked such an intimate sound from you?

Joshua Tree is a magical place – it always brings something special out of me, sometimes creative – often centering and always soulful. In this case, I think I was aching for a little simplicity – a break from the white noise of our news cycle and the rhythm of day to day life. Given the musical thread this trip ended up taking, I suppose it’s fitting that the music that resulted was a quiet reflection of sorts.

How easy did these songs come to you?

The songs are pretty much in sequence as I played them in the room that night, 8 songs – seemed fitting. One lyric led me to another, and another…

The name comes from the room of the inn where you recorded the album. Did you have to make any sonic accommodations to the room?

I did not. The room has high vaulted ceilings as it is, and as there was no intention to do anything commercial the songs and the space simply speak for themselves. I mixed it up in the common room by the front office that same night, with very little alterations since. It really is a moment in time.

(laughs) I know you and I have bonded quite a bit on U2 over the years, but the town and spirit of Joshua Tree is far greater than any attachment I have to their record. That said, I probably listened to their new one, Songs Of Experience, a good half a dozen times on various hikes and drives through the park and town.

Tell me about the choice of Pat Benatar’s “We Belong”.

It’s just a beautiful anthem of inclusivity. And while I’ve never set about performing it myself before this, it’s definitely one I return to often for many reasons. “I’ve invested too much time to give you up that easy to the doubts that complicate your mind…” It seemed like a nice conclusion in the aftermath of some of the other songs performed that night. 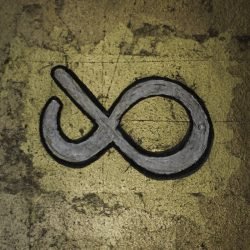 You’ve been through a lot physically and emotionally over the last few years. Did this make it easier to bare your heart with these songs?

On February 23, I’ll have been cancer free for exactly 10 years. What I didn’t realize when I booked this time in the desert, and sang these songs in Room 8 last December that I was literally living in the exact 10-year range when I started chemo. It wasn’t until I listened back on the way home that I realized what the real thread of this material was – that many of these songs were written with either a heavy heart or a soaring spirit, depending on where in that story. I did some time travel at the Joshua Tree Inn and accessed a part of my spirit that will always relive those days – and while it’s hard for me to be objective, I think maybe that truthfulness comes through in these recordings.

When can we expect a full-length release from you?

That’s a solid question, and one I ask of myself quite a bit – there are definitely a few things percolating, but I’m honestly letting it all unfold at its own pace. The wheels haven’t touched ground quite yet, but I suspect when it does it will run fast and furious. There’s been so much to process and feel of late – hoping to spark up that fire in the next year or so…