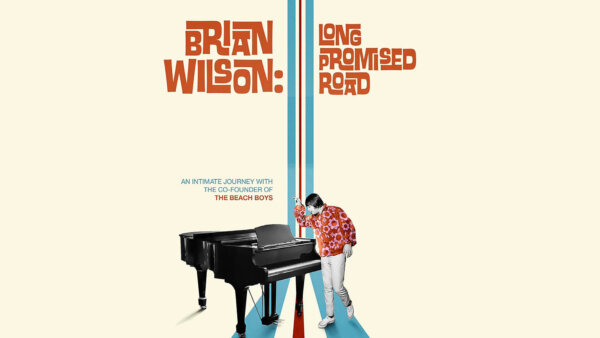 Our heroes are getting old.

Paul McCartney is 79. Ringo Starr is 81. Bruce Springsteen, The Boss, is 72, and that ever-young Simon Le Bon of Duran Duran is 63. And Brian Wilson, like McCartney, will celebrate his 80th birthday next year. It’s hard seeing this happen; to hear McCartney’s voice sounding haggard and lower, straining to reach those high notes that he once effortlessly achieved back in the day. Today, the Beatles will release a new documentary, “Get Back,” which will continue to carve the group’s legacy while the surviving members still can.

Wilson, who has been the subject of numerous documentaries and biopics, gets another light shown on him with the release of “Brian Wilson: Long Promised Road.” Directed by Brent Wilson (no relation), it attempts to show us the genius of the Beach Boy while reminding us of his fragile nature and tumultuous life.

And for the most part, it does that. Led by journalist and long-time friend Jason Fine, it centers on Fine taking Wilson back through the milestones of his life: his relationship with his father and brothers, his first marriage and the toxic relationship with psychologist Eugene Landy. Wilson is shown with no filter and no editing as a dashboard camera shows his fidgeting, anxiety and tears as he recalls some real (or not-so-real) memory from his past. Diagnosed with schizoaffective disorder, Wilson heard voices in his head telling him to do things as early as 21 years old (and the voices are still there). He was and is a tortured soul, but despite his demons, he still managed to give us some of the most beautiful music the world has ever heard.

One noticeable (and pleasant) aspect of the film is that singer Mike Love, Wilson’s cousin who sued Wilson several times during their career and even kicked him out of his own band after their 50th anniversary tour, is rarely shown. There are no interviews with him. The absence is noticeable but not surprising.

The interviews with Wilson are awkward and painful to watch.  One man interviewing Wilson tries to get to the source of his creativity, asking him, “Where does this sudden surge of creativity and energy come from?”

Wilson says, “It starts in my brain, makes its way out onto the piano and then onto the speakers in the studio. Yeah.”

The interview presses him a little, asking, “Is that something you can explain?”

Interspersed among the interviews with contemporaries such as Springsteen, Elton John and even Nick Jonas are clips from Wilson, the prodigy, directing the Pet Sounds sessions and warily looking at the camera as if it were one of the voices in his head. Majestic a cappella tracks provide the soundtrack to these clips. “Back at that time, there were a lot of upbeat up-tempo songs, but Brian brought in this haunting harmony,” said Producer and songwriter Linda Perry. “You know there’s something going on with Brian Wilson. There’s no hiding that this man is troubled and trying to escape something.”

Back to the car.

“Do you remember when you were shooting the album cover for the Beach Boys’ first album?” Fine asks.

“Yup.” Wilson is somewhere else, fighting his demons and holding anxiety at bay — barely.

With all the hero worship from rock stars, it’s Producer Don Was who steals the show and manages to show us in almost no words how great Brian Wilson was in his heyday. Sitting at a soundboard, he twiddles with the controls as “God Only Knows” plays, taking away all the instruments until the marvelous coda shines in a chorus of voices. Just when you think it’s sublime, it enters another dimension with even more voices intertwined into the mix. Was puts his head in his hands, smiling but seemingly fighting back tears. Shaking his head, he motions to the engineer to cut the music, turns back to the camera and simply says, “I don’t even know where to begin.”

And that’s the way it is with Brian Wilson. Sometimes, as with Paul McCartney, you just shrug, smile and marvel at the perfection of their music. And generations to come will be able to look back and realize how special our heroes were.