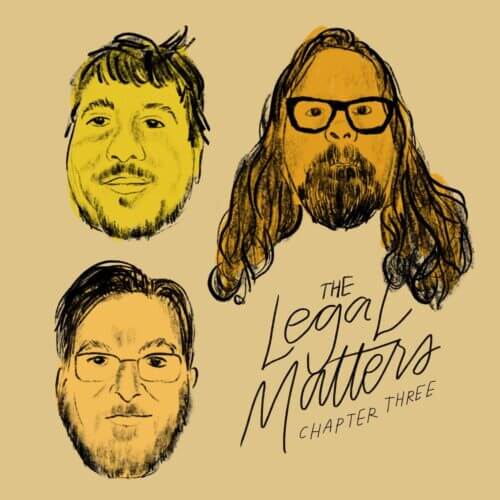 Five years later, the group has returned with Chapter 3. The question with this third album is whether they can keep the momentum going from Conrad after five years.

The answer is a resounding yes. Chapter 3 encompasses what this blog is all about: lots of hooks and harmonies. In fact, the album is full of earworms that will keep you humming even after one listen.

Take, for instance, the opening cut, “Light Up the Sky.” It begins with a harmless verse that you think may repeat, but instead, not even 30 seconds into the song, it changes keys and bursts forth into a chorus in another key like a blinding bit of sunshine — the kind of melody that makes your head spin. It’s so addicting, you’re waiting through the second set of verses to get to that marvelous chorus again.

A second example? Look no further than the second cut, “Independence Well Spent,” which begins the same way – guitar riff, verse, and boom! — another marvelous chorus. It’s something The Legal Matters has always been good at, and it continues for the rest of the album. “Please Make a Sound” doesn’t wait for the chorus, with a stellar verse and bridge to complement the tension in the chorus.

The vocals are superb on Chapter 3, and nowhere are they more apparent than on the final cut, “Passing Chord,” in which the group is almost a capella, their voices echoing seemingly forever to a slow, almost spiritual accompaniment of a piano and organ. It’s the perfect ending to yet another fantastic release by The Legal Matters. Let’s hope we don’t have to wait another five years for Chapter 4.