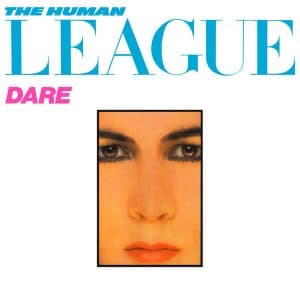 In 1981, the Human League defined a generation of music with Dare!, a record so tied to new wave that you can’t really talk about the genre without bringing up them and their breakthrough song, “Don’t You Want Me,” at least once in a conversation about 80s music.

From the robotic, deep voice of Philip Oakey to the primitive synthesizers used in their music, the Human League made new wave and synth-pop mainstream, even if they didn’t invent it.

By 1980, new wave had replaced punk rock as the DIY music movement. Instead of anybody with a guitar being able to form a band, anybody with a keyboard could. German synth group Kraftwerk paved the way for this movement in the 1970s, but Gary Numan and the Human League were its early stars, and like punk rock incorporated cutting-edge fashion into the genre. You had to look a certain way to be a new wave artist. It often included genre-bending – makeup, edgy hairstyles and New Romantic apparel that evoked the early days of glam rock.

It’s hard to believe that 1981’s Dare! was the Human League’s third album, but after two subpar efforts at experimenting with their synthesizers, they seemed to come together musically on this release. Oakey recruited two female singers, Susanne Sulley and Joanne Catherall, and they joined the group for Dare! To say that they are the reasons the group broke through is generous, but they created a sounding board for Oakey to sing off: “You were working as a waitress in a cocktail bar / When I met you,” he sings on their smash “Don’t You Want Me.”

The result is their most cohesive, consistent album that contained several hit singles in the UK. The electronics on “Don’t You Want Me” seem bolder and advanced compared with the rest of the album, the melody more memorable. It’s why it was a trans-Atlantic hit for the group, spending three weeks at No. 1 in America and selling 1 million copies.

But the Human League would prove to be much more than a one-hit wonder, even on this album. “Open Your Heart” is uplifting and sensational, its synthesizers sounding majestic under Oakey, whose occasional vocal stretches sound emotional and refreshing. “Love Action (I Believe in Love)” peaked at No. 3 in the UK and uses the trio’s voices well, even if it’s somewhat trite.

Dare! is a breakthrough for both the band and for UK music in general, for the group opened the floodgates for the second British Invasion. Artists such as A Flock of Seagulls, Duran Duran and Culture Club all followed the Human League’s lead in bringing their synth-led sound to America.

If only there were a couple more catchy songs on Dare!, It would be a classic. If “Louise” from Hysteria had made it on here, or the single “Mirror Man,” it would have made it even enjoyable. But “Mirror Man” didn’t even make it on a UK album; it was shoved, along with “(Keep Feeling) Fascination,” onto an EP for a U.S. release. Instead, we’re stuck with “The Things That Dreams Are Made Of,” with its Casio-like keyboards and Oakey’s occasional off-key voice.

But then “Open Your Heart,” begins with its positive vibes, with Oakey singing, “And when it hurts you know they love to tell you how they warned you…But if you can stand the test, you know your worst is better than their best.” That’s a therapy session in one song.

Appreciate Dare! for its inconsistency, its simplicity, even its primitive sound at mimicking the future. It, and the Human League, got better. Yes, it sounds dated, but it’s a sound that the band would develop as technology improved. The sounds got more sophisticated, the dance numbers poppier, and they would continue to wield and mold that sound throughout the 80s. Dare! is simply the beginning, and it’s a treasure.