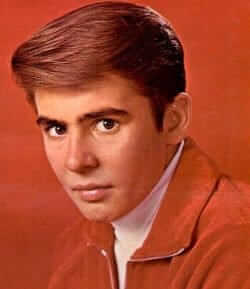 I’m getting tired of doing obits. This time, it’s Davy Jones, co-lead vocalist and tambourine player extraordinaire for the Monkees. Jones, who unlike his predecessors (Whitney, Amy Winehouse) lived a full life – enough to participate in several reunion tours and guest appearances on TV shows.

The Monkees were a caricature, a knock-off of the Beatles, an attempt by America to capitalize on the success of the Fab Four by copying them exactly. Jones (the cute one, a.k.a., Paul) was even brought in to add to the Anglophilia. They were the original ripoff artists, the New Edition to the Jackson Five, “We are the World” to “Do They Know It’s Christmas?”, the “Parker Lewis Can’t Lose” to “Ferris Bueller’s Day Off.”

But holy crap, it worked.

Granted, they had the force of the Brill Building songwriters behind them (Carole King, Tommy Boyce and Bobby Hart), but like the Beatles before them, they proved everyone wrong by being talented, charming, and successful. Their resume is impressive: “Last Train to Clarksville,” “I’m a Believer,” “(I’m Not Your) Steppin’ Stone,” “Pleasant Valley Sunday,” and “Daydream Believer.” Of their major hits, Jones sang lead only on “Daydream Believer,” but his face epitomized Monkeedom.

Davy Jones and His Boyish Charm

Davy Jones was youthful – no, boyish, standing only 5 foot 3 – and almost androgynous, his good looks bordering on pretty and his long hair a little too long in the back. And he never did grow up. Even in his 60s, he still exhibited the ageless naivete that we came to love when he was in the Monkees.

I must have been about 6 when I discovered my sister’s More of the Monkees LP and played it on my Mickey Mouse turntable.  I placed Mickey’s gloved arm/stylus on the record, and the opening strains of “She” screeched out of the lo-fi speaker. It sounded foreign and somewhat unpleasant at first, with a chorus of “She” sung slightly off-key to a pulsing keyboard.

It wasn’t until the refrain – “Why am I standing here, missing her, and wishing she were here?” – that I heard my first augmented chord – a slight shift of the E chord so that the fifth note changes from a B to a C. It’s just enough movement to create tension and longing in the music. And then I heard my first shift from a major chord to a minor chord in that same refrain. More tension, more change in emotion; they were two easy progressions that moved me so much, I knew I had found my sound. I played that refrain over and over.

That same chord progression is also featured in the choruses of Lesley Gore’s “It’s My Party” and ELO’s “Twilight” (one of my all-time favorites), and I hear augmented chords on the Beatles’ “Oh! Darling” and “From Me to You”. The Beach Boys and Queen used them.  I trace my love of pop music to that one song, and I thank Boyce, Hart and the Monkees for giving it to me.