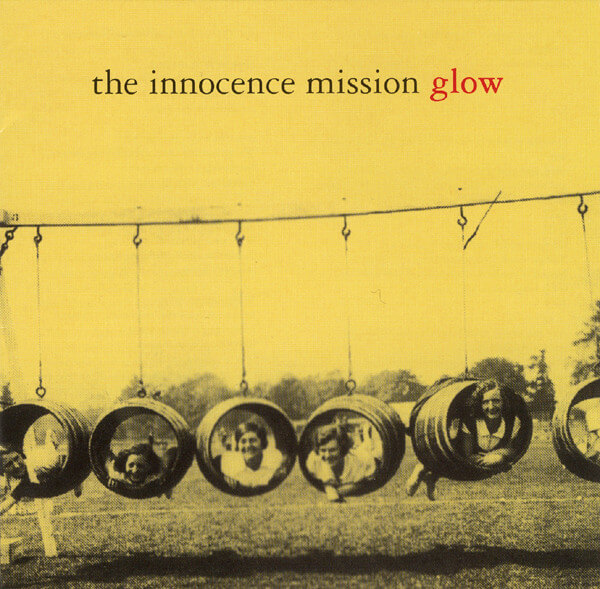 I first heard the Innocence Mission in 1989 from Matt Goldman, who lived on the first floor of my dormitory in college. I could walk into his room, hear new music, sit down, fiddle with his guitar, and two hours later leave, wondering what time it was and kicking myself for not studying during that time. His room was a time machine; you walked in, walked out, and time was lost forever.

When I heard the Innocence Mission during one of those trips into the time machine, I was intrigued: a female lead singer with an earnest but fragile voice, and chiming guitars similar to the Edge of U2.

Matt let me borrow their self-titled debut. I liked what I heard, and promptly bought a copy of it. Thus began a seven-year infatuation with a band that at times bordered on obsession.

For the next two years, I checked record stores weekly for another release, until Umbrella was released in 1991. I got on the Internet for the first time in 1994 for the sole purpose of hunting down rare tracks and conversing with other groupies.

I drove more than 250 miles to see them perform in Nashville, Tennessee. (My friend Brian and I got there three hours before the doors opened — and still weren’t the first people there.) I took a camera to the concert to snap photos of the group. I chatted with them after shows, got them to autograph album covers, and traded a few letters with them. I obtained bootlegs from other fans.

I was nuts about them. Literally.

My only justification, looking back, was that this was the last hurrah for a person who was still seeking music as a path to salvation. I was an intense, emotional person during the early 1990s, and the Innocence Mission’s moody, mid-tempo songs laced with lyrical references to God, beauty and (pardon the pun) innocence fit my nature perfectly. Lead singer Karen Peris’ childlike voice fit perfectly with the sound, and it led me to believe that this group was indeed pure and worthy of adoration.

And they were good people. (I should know; I met them! Funny how that never seems to impress anyone…) I latched on to them quickly, and Umbrella was worth the months of bugging the clerks at Turtle’s Records.

However, the Innocence Mission did not reach their creative (and commercial) peak until Glow. Released in 1995, the album showed a lightening of the rich textures that accompanied their first two releases — less keyboard, less percussion, and more acoustic guitar. All in all, it was a more intimate production.

It also seemed as if Karen and her husband, Don, had lightened up on the lyrics. Gone were the overt Christian references in Umbrella, replaced by happy memories of early childhood. The opening track, “Keeping Awake,” had Karen remembering how she would fight sleep in order to hear what was going on elsewhere in the house – “Oh, I’m near to sleeping, I’m keeping awake / Hearing your voice in the house, in the house”.

In “Our Harry,” an all-acoustic number about a family member who joins the Peace Corps, Karen recalls squinting into the sun, “waving madly at the camera” as she sits on Harry’s shoulders.

However, the music is among their finest moments. “That Was Another Country” brings to mind early U2, with tom-toms and Don Peris’ steady, echoing guitar providing the accompaniment. The group turns it up a notch on “Speak Our Minds,” sounding more like English alternative rockers the Sundays, with a fast tempo and clanging guitars. The album peaks with “Everything’s Different Now,” a charming mid-tempo piece that seems to brighten with every measure.

In “Spinning,” Don Peris’ guitar begins to mimic the lyrics, swirling around his wife’s melancholy voice and piano. But the next track, “There,” is a complete reversal, sounding like a joyful Mamas and the Papas redux.

(Interestingly, the group’s closest thing to a hit single, “Bright as Yellow,” is one of the weaker cuts. The song is a bit too sexy for the group, with a slide guitar and psychedelic vibe sounding too much like Mazzy Star.)

After Glow, the Innocence Mission lost its drummer and scaled back its sound tremendously. As a result, Karen’s voice seemed to lose its backbone, and the band sounded weak — more of a folk sound instead of the glorious pop music they had previously created. I have scaled back my enthusiasm as well and now marvel not so much at their earlier music as I do my unapologetic fervor for a band that I felt spoke only to me.