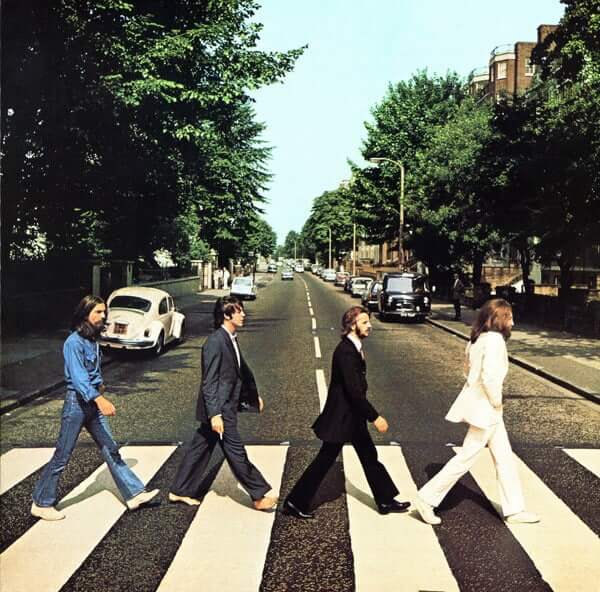 All my friends know that I’m a Beatles fanatic. Some dismiss my obsession with a wink and a smile; others probably think I need either medication or a serious reality check.

I have become a student of the Beatles discipline, a Master of Beatles Arts, not only listening to their music, but studying the group’s history, musicology and solo years. In addition to owning all their major releases and several bootlegs, I have also collected more than 20 books on the Fab Four.

What is interesting is that for years, the greatest music group in history escaped my attention.

My first conscious memory of the group was at the age of 12, when I heard that John Lennon had been killed. Most of their more popular songs — “Yesterday,” “A Hard Day’s Night” and “Let it Be” — were as common as Christmas carols to me. I remember writing an essay around 1991 in which I noted their accomplishments and marveled at their songwriting technique.

But I still didn’t get it.

It took 1995’s “The Beatles Anthology” for me to fully recognize what I was dealing with. There on the television screen was their entire history laid out before me, complete with a whole catalogue of classics – some of which I had heard but had no idea the Beatles sang (and wrote) – “Day Tripper,” “Paperback Writer,” and “Here, There and Everywhere.” I bought their CDs, and immediately came to respect the wide musical range of Revolver and the White Album. But Abbey Road, the final album they recorded, blew them all away.

I don’t know what is most amazing about this album:

Abbey Road medley makes up for lack of classics

Abbey Road is light on classics; only Harrison’s contributions (“Something” and “Here Comes the Sun”) and John Lennon’s “Come Together” are well-known outside of Beatles fandom. Interestingly, Paul McCartney has no well-known songs on this album. But he brings the group back to his roots with “Oh! Darling,” as he recreates a classic ’50s sound with passion.

One of the surprise tracks was written by none other than Ringo Starr. I remember “Octopus’ Garden” from the Hey Jude LP that my sister got for Christmas back in 1980. It’s a simple song, but with George Martin’s production and the other three accompanying him, it becomes an utterly enjoyable number. Only Ringo could pull that off.

Lennon is at his most melodic on “Because,” a song supposedly inspired by Beethoven’s “Moonlight Sonata.” The group recorded it in three-part harmony, overdubbed three times, which makes it sound like nine people singing. The result is ethereal, and the number of notes in each chord is too much for the human ear to handle. Instead, the voices come together as one multitracked voice, and the harmonics resonate in your brain for several minutes after the song is over.

But the medley is pure genius. Faced with snippets and fragments of songs — a chorus here, a line there — Lennon and McCartney pieced them together to create a sublime composition. We get a hint of things to come with “You Never Give Me Your Money,” a four-minute song that appears to be four songs in one.

McCartney begins the song with a slow piano-based tune (“You never give me your money…”), and then launches into his trademark Tin Pan Alley sound (“Out of college, money spent / See no future, pay no rent…”). A lead guitar changes keys several times, and suddenly McCartney is singing a straight rock song (“One sweet dream…”). He closes it with an old children’s rhyme (“1, 2, 3, 4, 5, 6, 7 – All good children go to heaven…”).

Then the real medley begins. This is Lennon and McCartney’s finale, for the rest of the songs are all theirs. We get a montage of unforgettable characters — the Sun King, Mean Mr. Mustard, Polythene Pam, and a fan who comes through McCartney’s bathroom window. Each song seamlessly flows into the next.

When the medley reaches “Carry that Weight,” we hear a hint of resignation in McCartney’s voice when he sings, “Once there was a way to get back homeward.” We really are hearing the Beatles’ swan song.

A horn section reprises “You Never Give Me Your Money,” bringing the album full circle, and then the Beatles launch into one final jam, fittingly titled “The End.” Each member gets his own turn at a bow, culminating to a climax that suddenly stops, succeeded only by a simple piano chord repeated over and over. We get to hear one more unique Beatlesque chord phrase as McCartney sings, “And in the end, the love you take is equal to the love you make.” A final three-part chorus of “Ah”s, followed by a guitar riff and a cymbal crash, and Abbey Road is over.

What genius. What a way to end a career. I want more.

3 thoughts on “Abbey Road – The Beatles”