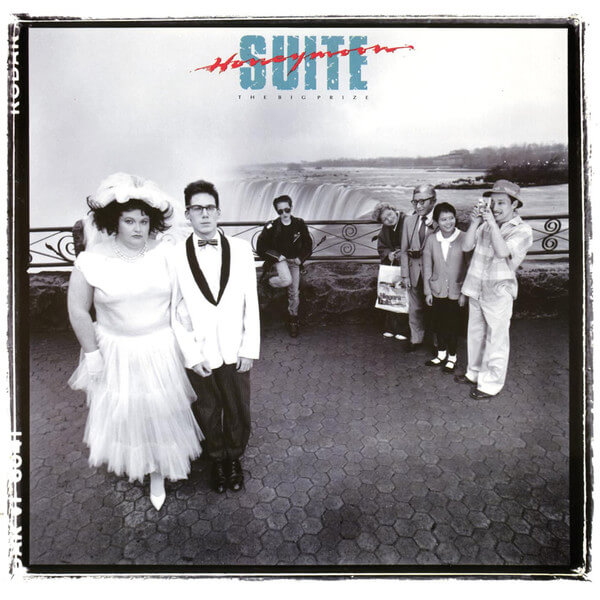 Some albums stand the test of time. Abbey Road, for example, sounds as fresh as it did 35 years ago. Prince’s Purple Rain and its genre-bending blend of rock, funk and glam is still innovative after 20 years.

Honeymoon Suite’s The Big Prize doesn’t stand that test at all.

It’s macho arena rock played by guys with big hair. It makes no redeeming political statements; in fact, its lyrics are downright campy – “Wear me loose, wear me tight / Wear me out on Friday night!” Ick.

Unless you’re still sporting a mullet and wearing Rush concert T-shirts, The Big Prize wears as well as a can of Aquanet. But I must admit that it is a guilty pleasure – Like being an ABBA fan or being a fan of “Project Runway.”

When viewed in the context of the 1980s, however, it is a stunningly melodic work that stands out from the formulaic hair bands that were ubiquitous during that area.

It doesn’t start out that way. “Bad Attitude,” the opening track, begins with a bad attitude – a snarling guitar riff and a single pounding snare drum. But then the group surprises us with a key change and a strong melody during the refrain.

This pattern is repeated in almost every song. You begin to search for the hidden hook in each song until it hits you in the head halfway through. Take, for example, their lone Top 40 hit, “Feel it Again.” It begins in a minor key, murky and mysterious. Then the refrain features a descending chromatic bass line – no power chords here – and then bursts into a major key with a great chorus. The bridge has several key changes; musically, it’s among their best.

And as you listen more closely, The Big Prize sounds less like a Night Ranger clone and more like it was made in the 1970s. “All Along You Knew” features former Jethro Tull member Ian Anderson playing flute, and the heavy use of synthesizers in a classical setting leads you to comparisons of Yes or early Genesis (you know – pre-Phil Collins, with Peter Gabriel as lead singer, complete with a headdress and eye makeup).

However, Honeymoon Suite can write power ballads as good as Foreigner or Journey. “What Does It Take” has all the characteristics of a Power Ballad – soft, slow beginning by a keyboard, build to a chorus, intense guitar solo, climax, and soft fade out. Next to Boston’s “A Man I’ll Never Be” and Journey’s “Faithfully,” it’s the quintessential example of the genre.

The finale, “Take My Hand” takes a different twist to the power ballad. Stark and minimal, the song features only keyboards and drums at an unbelievably slow pace. And the drums – the drums seem to echo forever. By the end of the song, you know this isn’t your typical hair-metal album. Something’s different here.

Oh, I know what it is – they’re Canadian.

But so is Loverboy. Never mind.