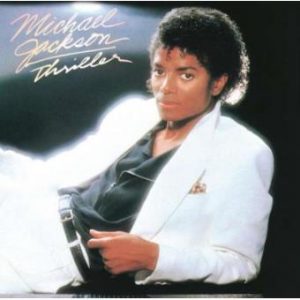 People find it hard to believe that at one time, Michael Jackson was cool. Nowadays, the self-appointed “King of Pop” has no kingdom to rule; his last disc, Invincible, sold 6 million copies worldwide, but only 2 million in the United States – success for most artists, but a far cry from Thriller, which has sold more than 30 million copies in the United States since its release in 1982.

But before the painful breakdown – before the outrageous marriage to Lisa Marie Presley and child abuse allegations, before surgical masks, the Elephant Man’s bones and Bubbles the chimp, before skin whitening, nose altering and baby dangling – Michael Jackson was on top of the world, redefining pop music in a way that only his ex-wife’s father and the Beatles had done.

Everything Jackson has released after Thriller has paled in comparison (no pun intended), as he has tried to duplicate the success but fallen short in every subsequent attempt. His album titles tell of his struggles to outdo himself, to make himself larger than larger-than-life: Bad, Dangerous, Invincible.

But with Thriller, Jackson singlehandedly re-energized R&B music; he had been carrying it on his shoulders throughout the 70s as a member of the Jackson 5, and his first solo effort, Off the Wall, had spawned four Top 10 hits. But no one was prepared for the juggernaut that Thriller unleashed upon the world. His videos were among the first by a black artist that were played on MTV. He recruited Eddie Van Halen – a heavy metal guitarist! – to play the lead on “Beat It.” And his mini-theatrical release, the zombie-laden title cut, set the standard for music videos for years to come.

The King of Hip

Yes, in 1982 Michael was the essence of hip. From the opening bars of “Billie Jean,” you could tell that this was something special, something different. It was not an upbeat dance hit like “Don’t Stop ‘Til You Get Enough,” but it smoldered with intensity and a groove that would not leave your head. The video featured Jackson lighting up the sidewalk whenever he took a step, as if his very touch were magic.

The magic continued with “Beat It,” a raw, angry anthem that catapulted Jackson from R & B superstar to rock superstar. Van Halen’s appearance gave Jackson credibility in the all-white world of rock, and the video showed him as a tough, street-minded kid.

The rest of the album lived off the success of these two songs. “Human Nature” and “The Girl is Mine” were two contemporary ballads that appealed to everyone, and “Wanna Be Startin’ Something” and “P.Y.T. (Pretty Young Thing)” were retreads of “Don’t Stop ‘Til You Get Enough.”

But like the video for “Billie Jean,” everything Jackson touched turned to gold. Having grown up in an all-white community in north Georgia, where the only black music I had listened to was Earth, Wind & Fire, I found myself and my schoolmates learning how to moonwalk and staying up late at night to watch the latest video. Jackson gave way to Prince, followed by New Edition, The Time and Midnight Star, and Appalachia was soon enveloped in the sounds of R&B.

When Thriller was released, I was 14 and just beginning to listen to pop music. I was in awe of an album in which seven of its nine songs were top 10 hits. It showed me the power of the long-playing record; no longer would I be satisfied a 45rpm single from an artist. The album format was a showcase, a repository of good music that would establish the person or band as a musical force to be reckoned with.

I still listen for new Michael Jackson music – secretly now, for it’s no longer cool to be a Jackson fan. I rarely enjoy any of it; with each release, he seems to slip farther down the mountain he once stood atop.

The King is dead. Long live the King.