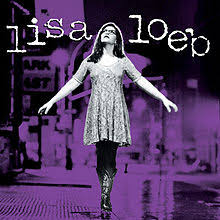 I’ll be the first to admit that I had a huge crush on Lisa Loeb.

In the grunge-filled 90s, she was a cool quirky girl who played guitar, her cat’s eye spectacles hiding an inner beauty that could only be revealed a la Rachael Lee Cook in “She’s All That” – an ugly duckling that turns into the swan. A 20th-century hipster.

The song that launched the most wondrous of One-Hit Wonders was “Stay (I Missed You)” – legend has it that Ethan Hawke, star of the movie Reality Bites, was a friend and fan and lobbied to have her song included in the movie. The song catapulted her to stardom.

One night I crammed myself into the Point at Little Five Points to see the guitar-playing waif in action. Her band, Nine Stories, was meh, but when she played by herself, all of us were mesmerized. This was the female equivalent of Elliott Smith or Shawn Mullins, a woman who expressed her vulnerability via the guitar and could do so in the intimacy of one’s own room.

Unfortunately, Loeb was forced onto the scene so quickly that she had no CDs at her show; all she had was a cassette of some acoustic songs that she recorded independently. I snatched up the tape and played it on the way home.

There, on the tape, was the same vulnerability that I heard at the Point: just her and a guitar, singing earnestly about, well, nothing really. Her lyrics were obtuse, with lines like “Go where the water, where the water, seeps from the pink sky” (Hurricane) and “Come back home where the three purple moons / They set in the bottom of the water yeah now” (“Come Back Home”).

But the music was complex, her chord progressions so inventive that I spent weeks attempting to mimic the songs on guitar and figure out what she was playing. And the melodies were so effortless and natural that they stayed in your head and didn’t want to leave. Every song was a gem; some were quiet while others were almost anthemic in quality.

I played the tape constantly in my car until it started to wear. Now through the miracle of technology (and Loeb’s continued success), it’s on CD, so now it should really be called the Purple CD, but Loeb still refers to it as the Purple Tape. And to be truthful, nothing will replace my old, beat-up cassette.

Buy The Purple Tape at Amazon