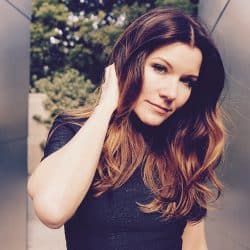 July 22 – Kelly Jones and Melanie Penn are in Atlanta tonight, in the homestretch of a summer-long tour that has gone surprisingly smooth, given that they are doing it all themselves.

Until they got to Atlanta, of course. All of their promotional material got sent to Austin, leaving me without Jones’ new CD, Alta Loma. Way to represent, Atlanta.

This DIY tour is a concept that Jones and Penn came up with over lunch one day. The two, who have known each other for about five years, were discussing how hard it is to tour and break even when playing with a full band. “It’s getting harder and harder to make that work, and neither of us wanted to be on the road alone for a long stint,” she explains. “So we thought, what if we went together? Traveling is easy, and we’re good buds. It’s keeping costs down.”

Instead of painstakingly finding the right venue in each city to perform, the two sent out the word that they were going to be traveling, and they would play anywhere for anyone who would have them. Wedding receptions, private concerts in someone’s living room – you name it. The crowds are usually quite small – attendance at One Twelve Gallery tonight barely surpasses 10 – but Jones says she doesn’t mind.

“It’s not always glamorous, but it has the potential of being just as powerful, if not more powerful in the way that you connect with people in that setting, when it’s so intimate. You may be playing for 30 people, but all 30 people are into it, and you talk with half of those people afterwards. You get a sense of who these people are.”

Tonight’s show is so intimate, in fact, that when one of the microphones emits a piercing feedback, Jones simply walks away from it, singing to the small group as one would in, well, a living room. At one point, she sits down among the crowd, turns the chair around, and plays another song. Afterward, she and Penn mingle with the group, listening to stories, asking questions and relaying their own tales of the past few weeks.

Up close and personal

Jones seems to be following this up-close and personal approach in her music as well. Alta Loma is a departure from her last full-length album, SheBANG!, which was a full-fledged production with hand claps, gorgeous harmonies and glockenspiels that brought to mind the girl groups of the 60s. Alta Loma still has its hooks, but it’s more quiet and personal. She recorded the album at home with her own equipment.

“If SheBANG! is my Friday night record, then Alta Loma is my Sunday morning record,” she says. A guitar and her crystal clear voice are the main instruments, with an occasional steel guitar and viola accenting the arrangements.

For those who know Jones only by SheBANG!, they might be caught off-guard by the folkie sound. But in a sense, it’s a return to a more rootsy sound marked by her first album, Brave Heartache. The unplugged sound is something that was the next step for her, both financially and artistically.

“These arrangements beg to be performed as they were recorded,” Jones says. “I wanted to have fingerpicking patterns on the guitar with my voice without any other instrumentation. And I was writing songs that sort of lent themselves to that style.”

Kelly Jones used the same technique to turn England Dan and John Ford Coley’s “I’d Really Love to See You Tonight” from a yacht rock oldie to a more pure, vulnerable alt-country ballad on Andrew Curry’s Drink a Toast to Innocence: A Tribute to Lite Rock. The track received praise from pop enthusiasts for totally rethinking the tune – something that Jones thinks has prepared them for her shift.

“No matter what, you just have to do something you believe in. You have to make music you’re passionate about. That’s what I’ve stuck to in spite of the ideas that might swirl around me – if I did things this way or that way, that maybe there would be more of an audience. I don’t think I would be happy. You’ve got to do what’s in you to do. You’ve got to obey the muse. Eventually people will take notice.”