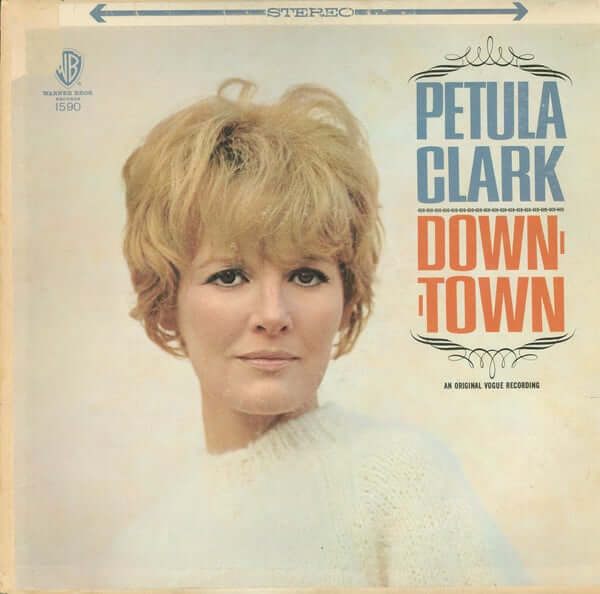 In the midst of today’s syncopated, complicated hip-hop beats, the thumping overproduced dance grooves and technology-induced Auto-Tune, it’s easy to forget something as simple, wide-eyed and marvelous as “Downtown” by Petula Clark.

Released in late 1964, the Tony Hatch-penned tune was an international hit, topping the charts in the United States for several weeks. And you can still hear it occasionally today, where it’s used in movies and television shows in some bubblegum, pathologically perky context.  (See also “Fill Me Up Buttercup” and “Don’t Worry Be Happy,” among others.) The sentiment is accurate, but that’s where the sheer genius of this song catches hold.

“Noisy shouts of joy, laughing pleasure and not yet complete, full delight lies in E Major,” wrote Christian Schubert in 1806 in his description of the characteristics of each musical key. “Downtown” is in that key.

It’s not unusual for a guitar-driven song to be in E — it’s one of the easier chords on the guitar to learn. But on the piano, you encounter way too many sharps and spend most of your time playing on the black keys — more chance for error. So immediately, it catches your ear as somewhat different and, as Schubert observed, happy.

It’s a simple piano introduction — something you’d hear on “Glee,” perhaps — but the chord progression is not your typical 50s/60s fare. The bass line stays the same while the chords change, and you can hear the quiet anticipation and restrained exuberance of Clark as she tells us that downtown offers an escape from life’s worries and stress.

Ironic, isn’t it? We think about downtown areas as being clogged with traffic, with horns blowing and people yelling obscenities at each other. But Clark puts aside that notion and instead tells us to listen and observe in a different way. Traffic is music to her ears! The neon signs are pretty!

A more familiar 60s sound emerges during the refrain — Phil Spectoresque drums and background vocals. She ends the refrain in a minor key, then begins the pre-chorus softly, with only her and the piano. It builds quickly, and Clark just can’t hold her excitement anymore as the chorus bursts forth. You can almost picture her, Mary Tyler Moore style, walking down 42nd Street in Manhattan (yes, technically not downtown New York) with a big grin on her face. throwing her hat up in the air as she shouts, “Downtown! Things’ll be great when you’re downtown! No finer place for sure!”

Then a key change! How much more glorious can you get? Brass pick up the bridge, and Clark is greeting fellow New Yorkers, dancing with them and laughing. Traffic stops, taxi drivers get out of their cars laughing, and the entire block has turned into one giant party as Clark sings, “And you may find somebody kind to help and understand you / Someone who is just like you and needs a gentle hand to guide them along / So maybe I’ll see you there / We can forget all our troubles, forget all our cares.”

Yes Where can we go to forget these things?