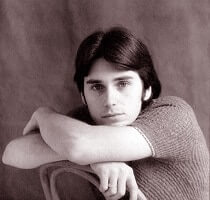 He had the voice of an angel. His songs were sublime and so natural that they brought memories to fans who had just witnessed the splintering of their favorite group. He went missing from the album bins for more than 40 years, only to resurface with new tunes for a new generation.

Singer-songwriter Emitt Rhodes died Sunday, July 19 at the age of 70. He was known mostly among pop music aficionados, with his voice’s amazing resemblance to a young Paul McCartney and his jaunty, Tin-Pan-Alley songs giving him the label of the “One-man Beatles.”

A member of the group the Merry-Go-Round, Rhodes went solo in 1969 made a recording studio in his parents’ garage and cut the tracks for his self-titled album there. He wrote all the songs, played all the instruments and recorded his own vocals. It was released in 1970, and it was a modest success, reaching No. 29 on the U.S. album chart. Billboard called it one of the “best albums of the decade.” He released albums in 1971 and 1973, respectively. Some DJs implied that the album was a new Beatles release, adding some mystique to the album and no doubt fueling sales.

After some contract disputes with his record company (what else?), Rhodes stopped releasing new material. “I stopped writing because I was burnt out,” he said. “It was a lot of work, and a lot of trouble, to boot. The harder I tried, the more trouble I was in. It wasn’t rewarding anymore…I had taken a much longer period of time to do the third album, and they were suing me for more money than I had ever seen, and I just thought, why do I want to do this?” He began work on a solo album in 1980 and had actually finished an LP in 2000, but the record company disbanded, and it never saw the light of day. 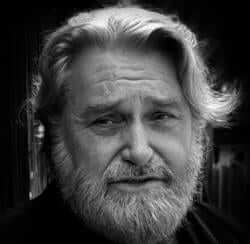 Finally, in 2014, Rhodes released Rainbow Ends, his first album of new material in more than 40 years. Featuring artists ranging from Aimee Mann, John Brion and Susanna Hoffs, it was warmly received by critics. By this time, the youthful looks of Rhodes had morphed into an older man with gray hair and a beard; he hardly looked like the man who graced his earlier album covers. But the songwriting was still just as fresh and pleasing as his first efforts.

News of Emitt Rhodes’ death came from Tony Blass, who produced a documentary about the singer called “The One Man Beatles.” He wrote on Twitter, “I feel honored and blessed to have worked and spent time with him for the past 12 years. I tried my best to tell his story, share his music and spend some quality time with him.”

In an interview with the Chicago Tribune, Rhodes said he was pleased with the comparisons to McCartney. “Well, that’s a real compliment,” he said. “What can you say? He’s a great singer, don’t you think? That’s what I thought, too.”