‘Mama,’ Genesis: The Evolution of a Song 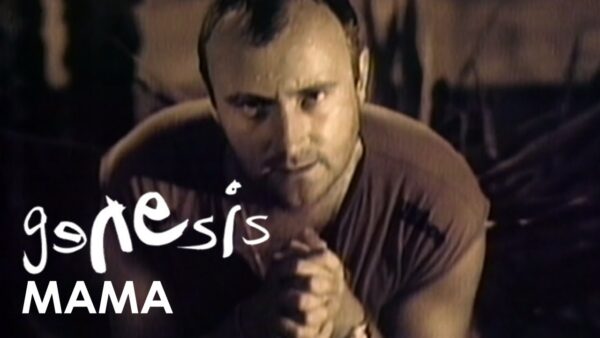 “Mama” is not considered to be one of Genesis’ biggest hits, at least here in the U.S.; despite it being their biggest hit in the U.K., reaching No. 4 in 1983, it reached only No. 73 in the U.S. It was Phil Collins’ third attempt at writing the same song, and each time he was less successful. But which version was best?

The evolution of this song can be traced back to 1979, when Collins was playing drums for Peter Gabriel’s song “Intruder.” According to Wikipedia, Collins started playing the drums while the reverse talkback circuit was accidentally activated. The engineer loved the sound, and it stayed on the record. The sound was eventually referred to as a “gated reverb.”

‘In the Air Tonight’

He continued to use this technique, and it peaked in 1981 when he released the haunting “In the Air Tonight.” Stark, somber and sometimes angry, the song was written after Collins went through a divorce in 1980. The production is ambient, with echoing drums featured throughout the song, accompanied by sparse keyboards and an occasional screeching electric guitar. The lyrics are macabre:

Well if you told me you were drowning, I would not lend a hand
I’ve seen your face before, my friend, but I don’t know if you know who I am
Well I was there and I saw what you did
I saw it with my own two eyes
So you can wipe off that grin
I know where you’ve been
It’s all been a pack of lies

The drums are what make the song. “In the Air Tonight” is full of reverb — even Collins’ voice echoes throughout — and the drums sound lonely and isolated. The song culminates in a fierce drum solo as Collins repeats the chorus several times, this time with more anger. It’s a fine effort — one that became too fine, as it became featured on the soundtracks for Risky Business and Miami Vice and was played nonstop. Classic rock and 80s stations continue to play it today, and it’s one of the most recognizable tunes of the 80s, even though it reached only No. 19 on the Hot 100 (No. 2 in the UK).

Fast forward two years, and Collins was at it again, using the same drum sound on a song called “I Don’t Care Anymore.” I’ve written about this song before. While similar to “In the Air Tonight,” “I Don’t Care Anymore” is more temperamental, more frantic than its predecessor. The drums are more hurried and pound away, and a keyboard changes chords every measure. Collins is angrier in this song, his voice more irritated and louder:

The only marked difference is a lovely bridge in which the drums finally take a back seat to the keyboards, and Collins softens his voice, if not his lyrics. The song climaxes into a keyboard and drum extravaganza, until the keyboard dies away and the drums settle back into something we’ve heard before. Alas, no one embraced this song; it reached No. 39 but didn’t even chart in the U.K.

Later that same year, Collins used the gated reverb on the drums one more time on Genesis’ song “Mama.” This third attempt is even more stark and haunting than “In the Air Tonight,” with the drums sounding mechanical, almost industrial. A keyboard plays a creepy melody, single note by single note, as Collins’ echoing voice sings about a man’s Oedipal fixation with a prostitute:

“Mama,” as former Genesis member Steve Hackett said, was “beautifully haunting.” As in “In the Air Tonight,” the song reaches a high point about 2/3 of the way through, with the drums adding more emphasis and feeling as Collins raises his voice an octave. But it seems as if Collins went to the well one too many times with “Mama.” It’s beautifully done, but you’re automatically reminded of the first two songs when you hear it.

So what’s the best song? All three songs are in a minor key, start solely with drums, and add keyboards; and they all culminate in a mishmash of anger and power. I’ve always been partial to “I Don’t Care Anymore,” partly because “In the Air Tonight” has been overplayed, and partly because of the magnificent bridge in the song. “Mama”‘s demonic laughter frightens me a little. Figure out for yourself which one you like below.

5 thoughts on “‘Mama,’ Genesis: The Evolution of a Song”