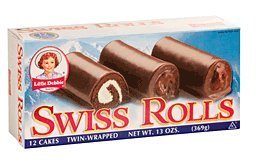 Every year after school was out for the summer, my friends and I tested our manhood by becoming one with nature and braving the elements.

Camping trips at age 16 are a perfect example of the confusion and contradictions that come with adolescence. We would set up camp somewhere in the foothills of the Appalachian Mountains, smoke cigars, chop firewood and stay up all night spitting, cursing and trading stories about the cutest girls in school — you know, manly stuff.

But we would also swing on vines, consume loads of Mountain Dew and Little Debbie Swiss Rolls and Oatmeal Cream Pies, and listen to the radio for 48 solid hours, or until our set of D batteries went dead.

My friends and I loved junk food and spitting, but we worshiped music. We sucked in every new song as if it were pure oxygen, playing it relentlessly until it kept us up at night, bouncing around in our brains. Then when the next single came our way, we moved on and started the process over.

I wish I could say that we were ahead of our time and listened to the Violent Femmes, XTC and the Smiths, but growing up in North Georgia had its limitations. This was before the Internet went mainstream, and you could download any song you wished. We had to attach coat hangers and aluminum foil to our antennas just to get a clear reception from the radio stations in Atlanta and Greenville, S.C.

That meant lots of pop music — Duran Duran, Michael Jackson, the Human League and Journey. Eurythmics were about as avant-garde as we got. But it was all we had, and we clung to it.

The weekend of May 30 was the date for our annual camping trip in 1984. Fresh from our sophomore year in high school, we were ready to kick back, eat Little Debbies and crank up the radio so that every living mammal in the backwoods of North Georgia heard “Owner of a Lonely Heart.”

The Debut of ‘When Doves Cry’

It was a memorable weekend. The Eastern United States was in the path of a solar eclipse, and we watched in awe as the day grew dim and birds ceased to chirp. No fear, for the jam box was busy; amid all the “Footloose” singles and Lionel Richie ballads, every station seemed to have added three new songs to their rotation:

We had been Prince fans for about a year, having bought 1999 and worn out several copies of the cassette. There were rumors that he had a new album coming out that would be a soundtrack to his own movie. We were hoping for something bigger and better than 1999, and this was our first listen to the brand new single.

When the DJ announced “When Doves Cry,” we gathered around the campfire and heard the stripped-down funk, which sounded so solemn with strings and the minor key. We didn’t know what it sounded like when doves cried — we didn’t even know what that meant — but Prince seemed to have captured its essence. No one spoke during the song and afterward, we all looked at each other and felt that we had heard something different.

There was no bassline, only the Linn Electronics LM-1 drum machine and a synthesizer as the accompaniment to Prince’s soulful voice. This was almost baroque in comparison to “The Reflex.” We changed it to another station to catch another spin. And we continued doing that for the next 48 hours and didn’t mind when it stayed lodged in our brains.

Purple Rain came out later that summer, and we basked not only in “When Doves Cry,” but also in “Let’s Go Crazy,” “Take Me With U” and “I Would Die 4 U.” We giggled at the adolescent filth of “Darling Nikki,” but solemnly endured all eight minutes and 45 seconds of the title track. We felt older — that somehow, this was more serious, mature music. Over the next two years, I discovered R.E.M. and U2, and Top 40 radio suddenly fell by the wayside. Just in time, too: I missed the whole Bon Jovi thing.

With the Internet, fans can instantly learn when their favorite bands are in the studio, get updates from insiders on the latest news, and download pirated versions of their CDs in MP3 format weeks before the release date. But 20 years ago, My friends and I heard “When Doves Cry” along with other signs of the times in the middle of the Appalachians, huddled around a boombox as if we were listening to FDR’s Fireside Chats, pretending we were grownups.

I can almost smell the cigar smoke now. Hand me a Swiss Cake Roll.