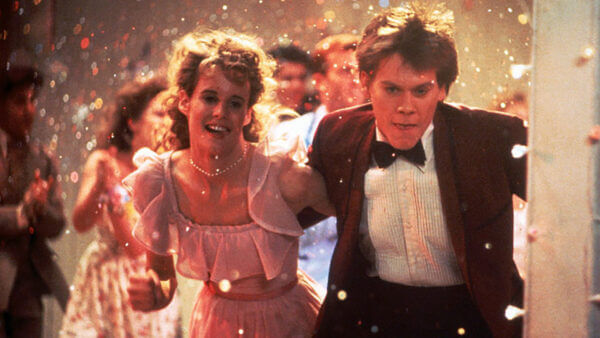 A few weeks ago on “The Tonight Show with Jimmy Fallon,” Kevin Bacon reprised his role as Ren McCormick in “Footloose” for a dance number that is quickly going viral. It brought back memories of the movie — how much I enjoyed watching it coming back from a youth retreat, how important it seemed at the time: A movie featuring pop music!

The music was instantly catchy, there was some decent dancing, and the all-important “We kids are people too and the grown-ups are wrong” concept was present — a concept that seemed at the core of every 80s movie from then on.

I forced my kids to watch the original “Footloose” the other night, and they pretty much hated it. And surprisingly, so did I.

I don’t have a problem with the main premise: out-of-town boy comes into a town that is essentially a theocracy set up by the local pastor. You see that in many small towns, from book burning to warnings about satanic messages in songs. I saw it in my town growing up. So that can be pretty accurate. Some of the writing is good, and Kevin Bacon, John Lithgow and Dianne Wiest show a glimpse of what great actors they would become.

But there are other things that just don’t make sense in this movie: