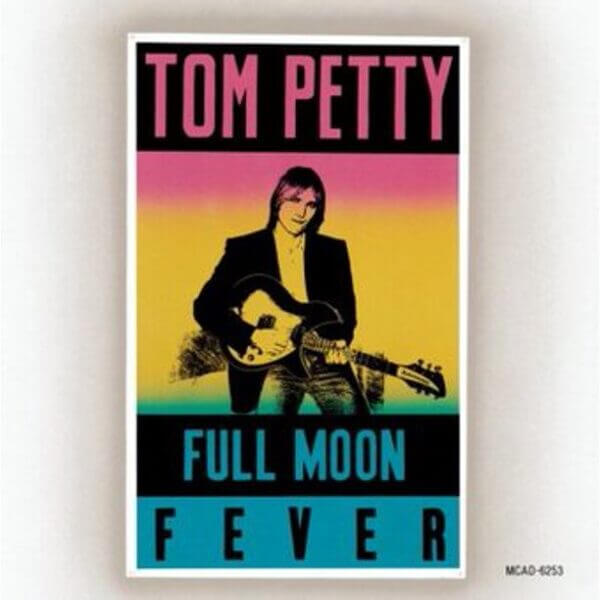 Tom Petty was an American icon before he released his monster-selling Full Moon Fever in 1989. He had laid down the roots of Americana and given good ol’ rock ‘n’ roll the kick in the pants it had needed during the late 1970s and early 1980s. Less than a decade later, with fellow Traveling Wilbury Jeff Lynne behind the controls, Petty embraced pop music without selling out.

It was Petty’s first official solo album, even though most of the Heartbreakers except drummer Stan Lynch contributed to the recording. So there is no real difference here except for Petty’s approach to the album, which may be his most radio-friendly release since 1979’s Damn the Torpedoes.

Singles such as “I Won’t Back Down,” “Runnin’ Down a Dream” and “Free Fallin'” pepper the album with pop sensibilities; the opener, “Free Fallin’,” is heavy on acoustic guitars, has Petty talking about a girl who “loves horses and her boyfriend, too.” He then breaks into a dichotomy during the chorus — shouting that he’s free! — and then clarifying that statement by saying he’s free fallin’ — quite a difference in meaning and emotion.

“I Won’t Back Down” may be the poppiest thing he’s written since “American Girl,” with its simple phrasing and his clever lyrics confidently stating, “You can stand me up at the gates of hell.” And on “Yer So Bad,” he explains that “my sister got lucky / married a yuppie” — perhaps the most clever line that doesn’t really rhyme.

Petty explained that most songs were written with either a 6-string or 12-string acoustic guitar in his hands, and the influence show. Textures abound in the album, from the stunning Byrds cover “I’ll Feel A Whole Lot Better” to the touching lullaby “Alright for Now.” Petty’s voice sounds so much like Roger McGuinn’s voice that the Byrds cover is a perfect song for him to do.

Other songs on Full Moon Fever are typical Petty: “Runnin’ Down a Dream,” “Love is a Long Road” and “The Apartment Song” sound like they could be on any Heartbreakers album. But Petty had more help than just his bandmates; most of the Wilburys showed up to help, and Lynne’s production, which some have criticized for being too heavy-handed, is light and dexterous, giving Petty room to shine.

Petty was a rock star, not a pop star, and if you don’t count his duet with Stevie Nicks, “Stop Draggin’ My Heart Around,” “Free Fallin'” was his only Top 10 hit, climbing to No. 7 on the charts. He would continue his success with Lynne on the next album, Into the Great Wide Open, and would release a handful of wonderful albums before his death in 2017. You can try to call him a sellout, but despite his chart success and singles, Tom Petty never stopped being Tom Petty.