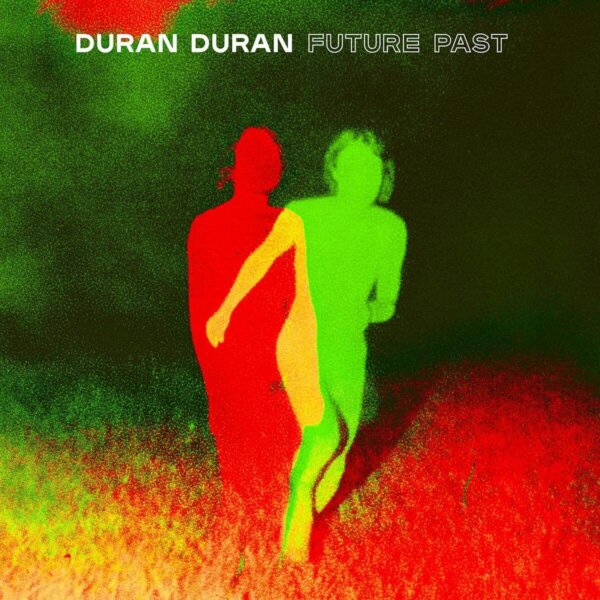 When Duran Duran burst on the American music scene in 1983, leading the second British Invasion, most critics dismissed them as teen-magazine fodder cast in the same mold as the Bay City Rollers and Haircut 100.

Thirty-eight years later, the band is still together, with four of the five members that made it overseas in 1983 working on their 15th studio album, the recently released (and aptly named) FUTURE PAST. On it, Duran Duran seems to be caught in between the two, not knowing whether to recall the earlier days or move toward a newer pop sound.

For the first few cuts, they seem to ride that balance to perfection. “Invisible,” the first single, has lead singer Simon Le Bon lamenting, “Has the memory gone? Are you feeling numb? Or have I become invisible?” One wonders whether he’s singing about a girl or the record-buying public. Its funky bass riff and pounding drums are reminiscent of the old Duran Duran while still feeling relevant today. “All of You” is the band at their best — a perfect blend of drums (Roger Taylor), bass (John Taylor) and synthesizer (Nick Rhodes), with Le Bon’s ever-youthful voice soaring in the memorable choruses that will join so many classics that we still sing along to.

“Anniversary” recalls more funk from the band’s early years, with a disco-laden beat pumping the song along as Le Bon tells fans that they’re still together after all these years, almost thumbing his nose at the critics who predicted an early exit for the Brits.

It’s at this point that the album gets somewhat muddy. Trying to recall the sounds of the 70s has them working with disco legend Giorgio Moroder, who made Donna Summer a disco queen but adds the same heavy touch to Duran Duran. As a result, his two contributions sound some distant relatives of “I Feel Love.” It’s a good idea that should have been done before now, but seems 40 years too late.

At other times, the band tries too hard to sound relevant, bringing in Swedish singer Tove Lo to make a guest appearance on “Give It All Up.” And Ivory Coast rapper Ivorian Doll comes in to spruce up the flat “Hammerhead,” but it seems out of place. In all, four cuts have a “feat.” (featuring) byline in the credits — something that’s overdone nowadays. No longer is it fashionable to do a work by yourself; you bring in extra help from a hot name to lend validity to a song and increase its marketability. It’s a desperate grab for such a spectacular group — why do they need this help? Le Bon has proven for years that he can carry an album, and his voice has not lost a bit even at the age of 63.

The band seems to recognize that time is marching on, as Le Bon admits on the track “Nothing Less”: “Tomorrow, maybe there’ll be nothing less and nothing more.” It’s somehow fitting that they end FUTURE PAST with a song featuring Mike Garson, a pianist who played for their idol, David Bowie. It’s the only time they are able to successfully tie the future and past together; the song begins as a ballad, then picks up the pace as Roger and John Taylor (not related, but always in sync), get into a groove that allows Le Bon to wail away again. “If you know the answer / Show me who I wanna be,” he sings, and we’re waiting to see who they really are — a band of the future, a band of the past, or one that lives in both worlds. But it’s better when Duran Duran is just Duran Duran.