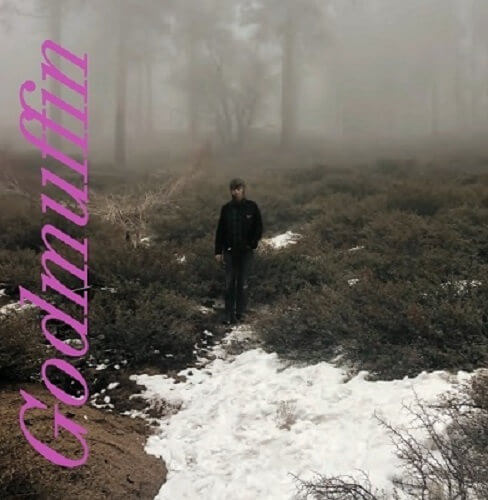 Mike Viola’s discography is starting to get substantial. He’s released about two dozen LPs and EPs both as a solo artist and as part of the Snap! and the Candy Butchers. But the artist, best known as the voice behind the song “That Thing You Do,” is moving away from his melodic pop sound toward something more abstract.

Like so many other artists, Viola decided to make an album while being locked down due to COVID restrictions. The result, Godmuffin, is a similar album to Paul McCartney’s McCartney III — a collection of DIY songs he recorded himself using analog equipment.

And the album sounds a lot like McCartney III, with many songs wandering aimlessly as if they were more experiments than finely tuned pop songs. Gone is Mike Viola, the song crafter of catchy three-minute pop tunes. In their place are long therapy sessions. Godmuffin sounds like the soundtrack to a David Lynch movie, with torch songs and ballads that wander aimlessly.

A simple violin opens “USA Up All Night,” and at first, it sounds similar to the opener to his superb “Secret Radio” from the 2012 album Acousto De Perfecto. But then a growling guitar takes over, and you can tell this is going to be different.

If some of the melodies on Godmuffin seem somewhat familiar, it’s because they are. “Drug Rug” borrows heavily from Steve Miller’s “The Joker,” and I hope Viola got permission from the Flamingos for incorporating their “Sha bop sha bop”s into the heartfelt “We May Never Be This Young Again.”

Like his previous album, The American Egypt, the songs are just less accessible. Gone are the sing-song melodies like “The Strawberry Blonde” that were apparent in his earlier work. Maybe he ran out of ideas. Maybe he just got bored with coming up with ingenious earworms.

Instead, Viola teases us with cryptic melodies that take a while to sink into your head. He’s created songs with such exhausting song titles as “Honorable Mention with Jam Show,” “People Pleaser, You’re the Man of the House Now,” and “Superkid II, Trying to Do the Thing That I Thought I Was Born to Do.” I got tired just typing that.

Unfortunately, “Superkid II” is nothing like its predecessor from Hang On Mike. The two go hand in hand in their themes of growing old and looking back on life decisions, but the sequel repeats the same simple melody ad nauseam and goes on about four minutes too long (it clocks in at almost seven and a half minutes).

The only time Viola shows his pop sensibilities is on the penultimate track and single, “Ordinary Girl.” It’s catchy, and while catchy isn’t everything, it has been for Viola. Hearing this new sound on Godmuffin takes some getting used to. I just don’t know if I’m there quite yet — or if I’ll ever get there.