Growing Old with the Cure 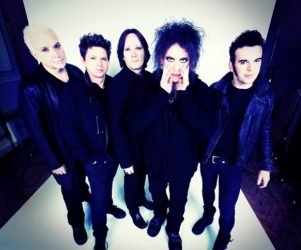 I have seen most of my musical idols in concert – Paul McCartney, U2, R.E.M., Mike Viola – yet one band that I somehow missed seeing over the last 20 years is the Cure.

I was already in college when I finally discovered the group, and by that time they had already released their first greatest hits collection, 1986’s Staring at the Sea. I had missed the mostly inaccessible, Joy Division-influenced Goth sound of their earlier years; the Cure were about to enter a new pop phase, with radio-friendly songs such as “Just Like Heaven”, “Friday I’m in Love” and “Pictures of You.”

But I did get to experience the band at its creative (and arguably moodiest) peak. Sandwiched in between their two poppiest albums, Kiss Me, Kiss Me, Kiss Me and Wish, was 1989’s Disintegration. It was cathartic, gloomy and creepy, but unlike their earlier Goth records, it was melodic and at times, lovely. It took the band to the top of the charts worldwide – something that few predicted.

I recently finished reading Never Enough: The Story of the Cure, a very well-thought-out biography of the band. I was expecting some fantastic tale of drugs, the occult and something involving sacrificial rites. I thought Robert Smith would be painted as a near-suicidal basket case. With the exception of the drugs (how boring!) and a few neuroses, though, Robert Smith seems pretty normal. The painful funeral dirges of Faith and Pornography during the early 1980s seem more of an experiment than it did a true extension of his personality. Once he had it out of his system, he moved onto other things – whether it was a stint in Siouxsie and the Banshees, a double album or sheer bubblegum pop.

And that’s perhaps the most fascinating aspect of this band. No one expected pop hits to flow from the band, but it happened. First it was the almost Disney-like sound of “The Love Cats,” then the sexy, jazzy “Close to Me.” But with Kiss Me, Kiss Me, Kiss Me, they unearthed a new experiment: ensemble pieces in which the band began with a simple concept, then added a new layer of instruments every few measures until one minute into the song, you had a full orchestra of sound. You wondered if it was an instrumental, until Smith interrupts with his unmistakable shrieks.

You can hear this pattern in “Just Like Heaven” and “Pictures of You”: “Just Like Heaven” is a foot-tapping masterpiece, with a jangly guitar chiming throughout the simple but addictive chord progression. And “Pictures of You” is something we’d never expect from Smith and Co.: A love song, with such an outpouring of emotion – but of course, with a Goth twist: It’s a breakup song, or if you’re really fatalistic, a song about the death of a lover. You wonder how Smith could expose himself so much with words such as “There was nothing in the world that I ever wanted more / than to feel you deep in my heart.” Goths don’t feel. . . Do they?

Indeed they do. Smith, his band, and his makeup and bird’s nest hairstyle now romanticize the Goth movement. I always felt that I could have made a good Goth (as if people in high school needed another reason to want to beat the crap out of me). I wouldn’t have gone for the makeup or vampire novels, mind you, but the black, the moping – I could have pulled it off. I was a teenage hypochondriac, for God’s sake. I had all the ingredients – the angst, the fear of impending death.

Now I’m in my 40s, and Robert Smith is over 50. He’s gained some weight (haven’t we all?) but still has his crazy hair, and at times you can catch him in makeup. His music still hasn’t grown old on me, and I’ve discovered that after a bad day, listening to a spin of Pornography helps me wallow in any anger or pity that I’ve accumulated over the course of the day. I may not be able to pull the hair off anymore, but maybe I’ll dress in black…

2 thoughts on “Growing Old with the Cure”