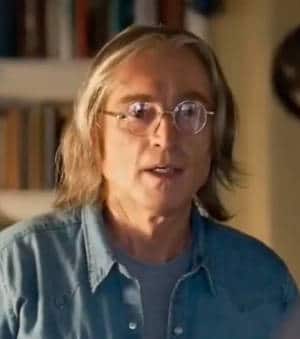 An old John from the movie Yesterday (2019, Universal Pictures)

Today, John Lennon would have been 80 years old. That means it’s been almost 40 years since he was gunned down outside his New York apartment. That’s 40 years of music we may have missed out on.

That’s easy to say and easy to assume; all three of the other Beatles continued with their musical output, although George Harrison released only three albums before his death in 2001 (Brainwashed was released posthumously in 2002). McCartney especially has been prolific, releasing 13 albums of new material — about one album every three years.

What would the music of John Lennon have sounded like had he lived? Would he have embraced some of the fads of the last 40 years — New Wave, rap, dance, even grunge? Some criticized Double Fantasy and Milk and Honey for being a bit too soft; ballads like “Woman” and “Watching the Wheels” were too pop for such a risk-taker. But this was the same man who wrote such easy-listening songs as “Jealous Guy,” “Oh My Love” and “Love.” And we all mellow as we age.

Lennon would have been just as protective of his legacy as McCartney has been, but he would have written whatever the hell he wanted to. Trying to keep up with the latest trends doesn’t sound like him. He would have stayed political — I would have loved to have seen his stunts during the Trump years — and he would have tried to remain avant-garde and on the edge artistically with Yoko.

But first and foremost, Lennon was a musician who created beautiful songs. That wouldn’t have changed. We got a glimpse of that in 1994 when the Threetles got together to finish two of his compositions, “Free As a Bird” and “Real Love.” Both were ballads. And while they may have stayed in the vault had Lennon lived, they are an example of unfinished works that he had swimming in his head during the late 1970s.

We hear Lennon singing “Grow Old With Me” on 1984’s Milk And Honey and we wish that had happened. The scene in the film Yesterday in which the character Jack Malik goes and visits a now-old John Lennon made me gasp audibly. It made me wonder how he would have been spending his time — whether he’d still be with Yoko, whether he would have had more kids, and of course, how many more albums we would have heard.

Now both of his sons have outlived him, which is hard to believe. I still think of Sean as a little boy, Julian as the spitting image of his father singing “Valotte” in the mid-1980s. Some have imagined a Beatles reunion, with Dhani replacing George and Julian or Sean replacing John. But that’s not the Beatles. It’s a stunt that would have us all yearning for the real thing, which we can’t have.

Now there are only two Beatles left. There are rumblings of a new McCartney album coming. Power pop groups come and go, releasing one or two songs that make us yearn for the Fab Four. But there will never be another Fab Four. Lennon’s output, like McCartney’s, has been overshadowed by their releases with the Beatles, and we wonder what would have happened had they stayed together.

But Lennon by himself was better than no Lennon at all. Let us not forget that.